Gisele looked like typical Gisele on Thursday as she hit the beach in her bikini — sexy as hell, legs for days, toned abs, etc.

Tom on the other hand … yeah, he’s handsome too — but, it looks like he’s made some progress in the abs department since last year when the Internet clowned him for looking soft in the middle.

Of course, the big difference … the “dad bod” pics were taken in July 2018 — during the NFL offseason. These new pics were taken just 11 days after the Patriots won the Super Bowl … so, football shape. 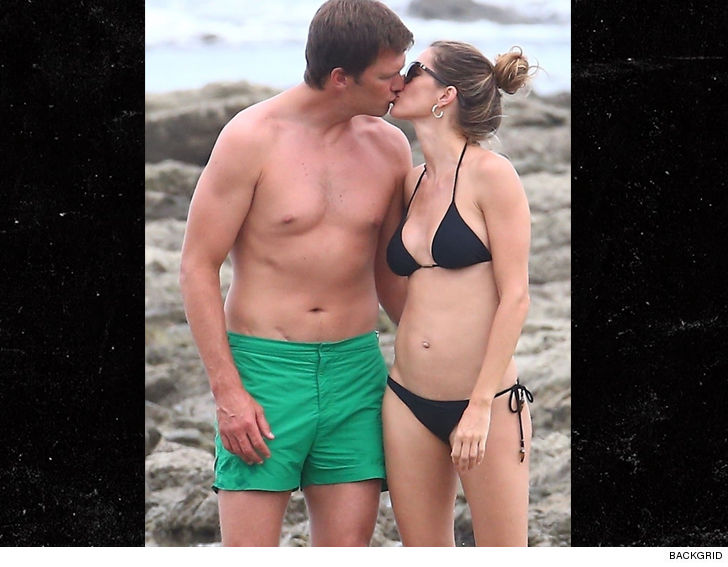 Still, the Brady fam was living it up on vacay — with Tom even busting out the surfboard to catch a few waves in his Under Armour board shorts and rash guard (he’s a UA spokesperson).

The Brady trip to Costa Rica is an annual tradition … kinda like going to the Super Bowl every year.