Wild thing! Sofia Richie, 20, flaunts her incredible figure in a racy leopard print bikini as she soaks up the sun on a luxury yacht in Sydney with boyfriend Scott Disick, 35

She’s the international model with a body to die for.

And on Tuesday, Sofia Richie flaunted her stunning physique as she stripped off into a tiny leopard print bikini to enjoy a yacht cruise around Sydney Harbour with her boyfriend Scott Disick, 35.

The 20-year-old was seen cosying up to her reality star beau as they both soaked up the stunning spring sun. 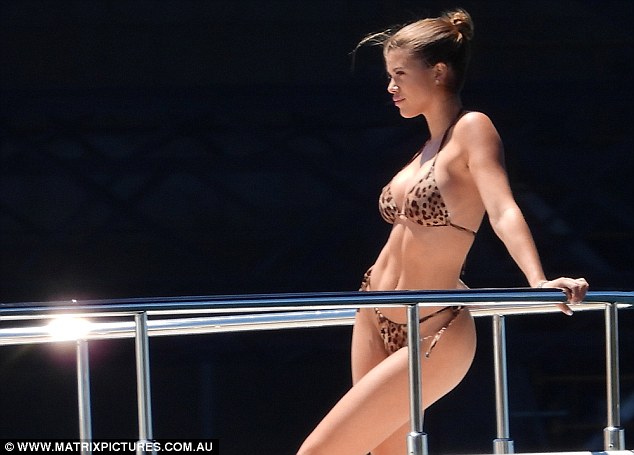 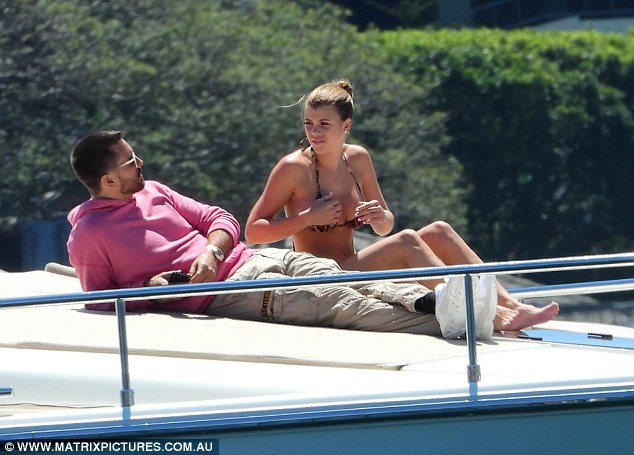 At one point Scott took photos of his ladylove, as the daughter of legendary American singer Lionel Richie posed up a storm in her sexy animal print two-piece.

The brunette beauty had her short locks pulled back and off her face into a high bun, and appeared to be wearing minimal makeup.

Despite the heat, Scott relaxed in casual beige trousers and a pink hooded jacket.