Selena Gomez was hospitalized twice in the last 2 weeks … and the second time she suffered what sources called an emotional breakdown … she’s now at a mental health facility for treatment.

Multiple sources tell TMZ, the 26-year-old singer was at her Studio City, CA home the last week of September when the first emergency hit. We’re told she was despondent and emotional over an alarmingly low white blood cell count in the wake of her kidney transplant. Our sources say a family member drove her to Cedars-Sinai Medical Center in L.A.

We’re told Selena was released days later but had to be re-admitted late last week because her low blood cell count persisted, and it threw Selena into a downward emotional spiral.

Soon after she was admitted she insisted on leaving, but doctors said she couldn’t. We’re told Selena had “a meltdown” and “freaked out.” Selena tried ripping the IV’s out of her arm. Several sources called the episode “an emotional breakdown.”

We’re told Selena is currently at an East Coast psychiatric facility and is receiving dialectical behavior therapy — DBT. The therapy treats various mental health disorders. Selena has received DBT in the past. 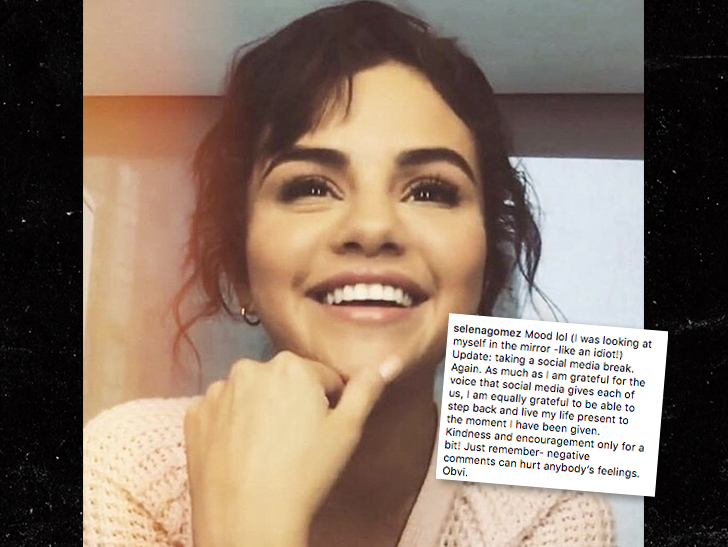 There have been multiple signs of trouble. There has been a virtual blackout of information regarding Selena for several weeks.