Rob Kardashian pays Blac Chyna child support, and she flat-out lied on social media just to ruin his Father’s Day … according to sources close to Rob.

For those who missed it … Chyna dissed both her baby daddys on her Instagram Story Sunday in a message that read: “wow Tyga and Rob … no child support BOSS BITCH ALL 201[8].”

We’re told Rob thinks it was just Chyna trying to ruin his Father’s Day and egg him on to go after her … something he’s prohibited from doing, according to their custody agreement — they made an agreement to keep all the negative stuff off social media. 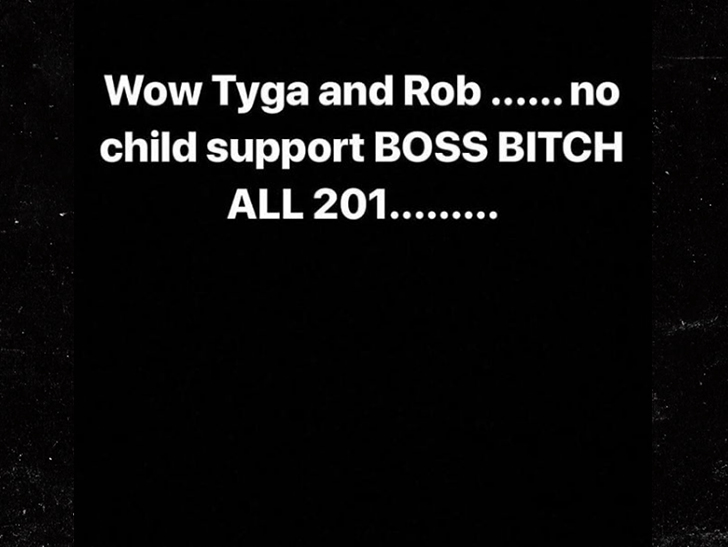 For the most part, there hasn’t been a lot of drama between the two recently. We’re told Rob pays child support, but wants it drastically lowered because he’s not making any money and the $20k a month no longer has a correlation to his ability to pay.
As for their daughter, Dream, we’re told Rob never skips a visit.