And to celebrate their union, the two posed for Vogue’s new January 2019 cover.

On Monday two new images of the power couple from the shoot by Annie Liebovitz were shared. The images evoked Emily Bronte’s Wuthering Heights.Priyanka, 36, went barefoot in a simple off white gown with the straps sliding off her shoulders as she lays across her man’s lap on a heath.

In another photo, the couple cuddle up on their feet, with Priyanka tugging at the neckline of Nick’s tee while he slips a hand inside the back of her dress.

They held their wedding functions at the sumptuous Umaid Bhawan palace in Jodhpur over the weekend, beginning on Friday with a Christian service officiated by Nick’s pastor father Paul Jonas and ending Sunday with a Hindu ceremony. 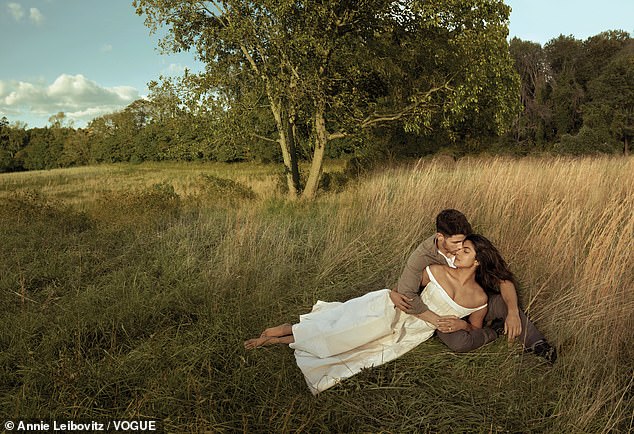 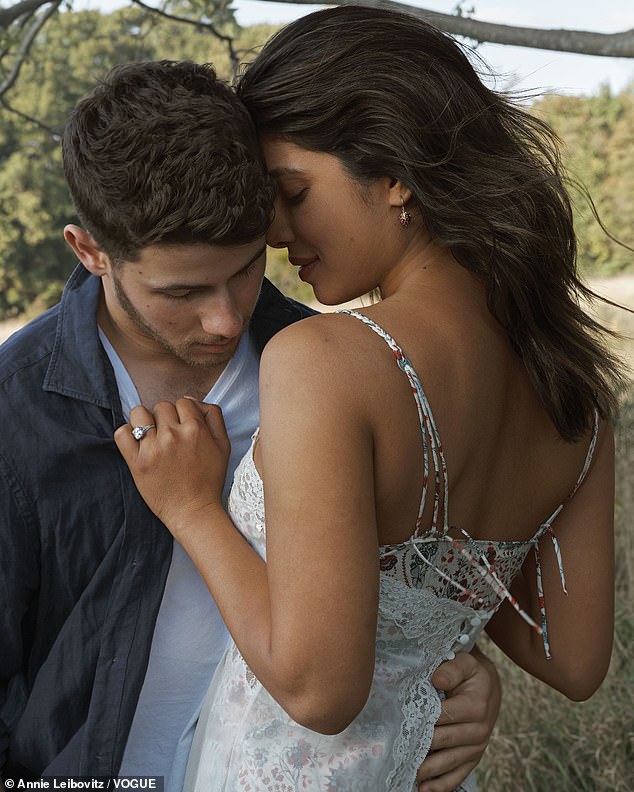 The couple arrived in New Delhi Monday for their Tuesday reception in the capital, where their guest list is rumored to include Indian Prime Minister Narendra Modi.

Priyanka was wearing her choora – her ceremonial bangles – as well as her sindhoor, a streak of vermilion along the part in her hair indicating she is a married woman.