On Tuesday she spoke of feeling ‘iced out’ by her co-stars after she pressed the studio to delete a scene she unwittingly filmed with a convicted sex offender.

But on Wednesday, Olivia Munn was all smiles as she attended a special screening of her new movie The Predator at the Egyptian Theater in Hollywood.

The 38-year-old shone in a silver dress with a deep plunging neckline. 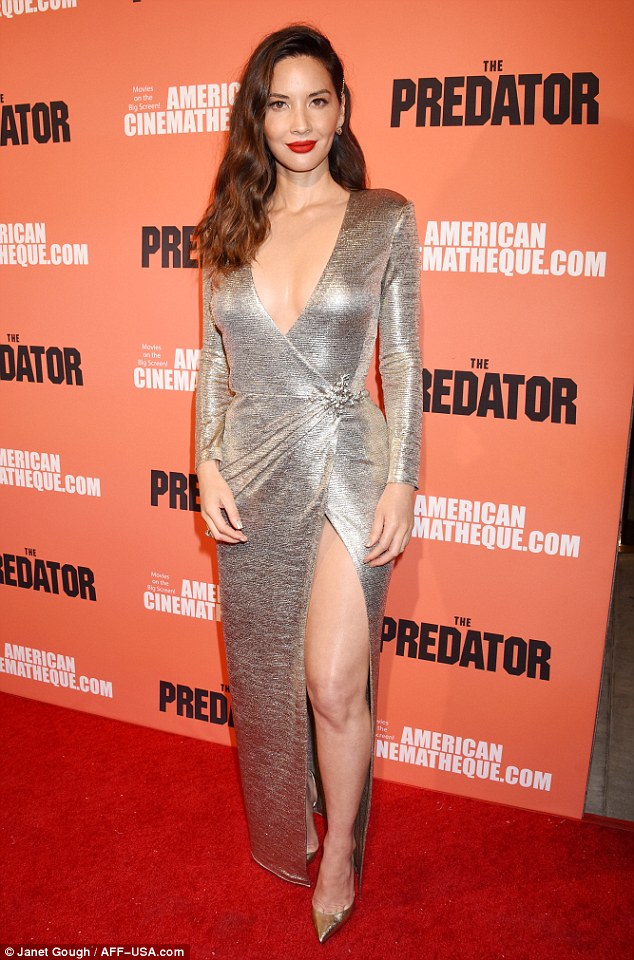 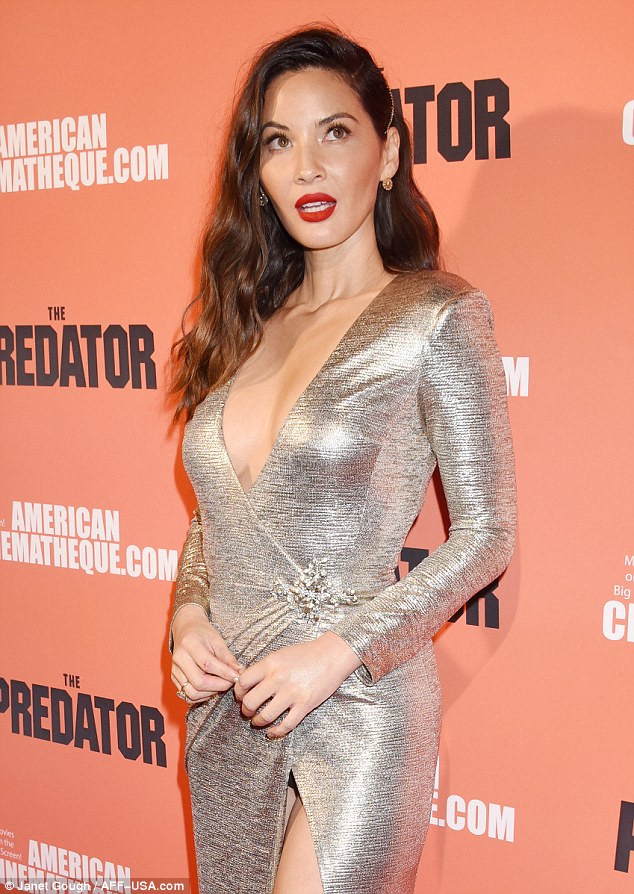 Olivia wore her wavy brunette tresses untied and accentuated her lips with a bold slash of deep red lipstick.

Munn says she felt shunned by her castmates in The Predator after she blew the whistle on her convicted sex offender co-star and got his scene cut from the film.