They are set to release their new album LM5 in just a couple of days time.

And teasing fans with a first look at their new track Strip – taken from their album, Little Mix shared a sultry yet empowering snap of themselves posing naked with insults scrawled across their skin.

The girls shed their clothes in the image and are seen embracing their flaws in a bid to celebrate women and their imperfections within the confidence boosting single.

Leigh-Anne Pinnock, 27, Jesy Nelson, 27, Perrie Edwards, 25, and Jade Thirlwall, 25, look sensational in the black and white shot as they confidently bare all.

The former X Factor winners are seen strategically covering their modesty, as they pose together while wearing nothing but a slew of negative words they have been previously targeted with. 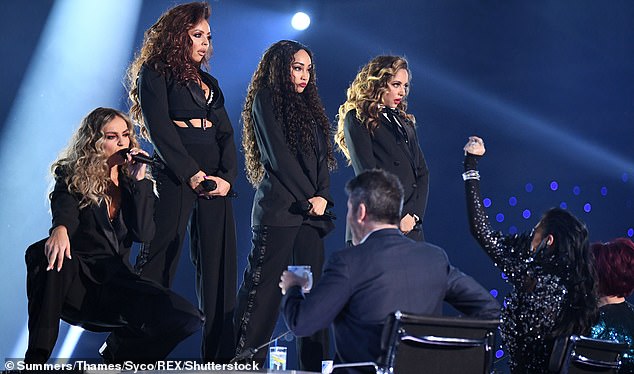 The idea behind the striking image – taken from the upcoming video to their new single Strip – was to pare back the girlband’s usual look and highlight their beautiful features which they once previously considered to be flaws.