Her boyfriend recently revealed during an interview with GQ that she takes a staggering two hours to get ready.

And the prep time appeared to work in Kylie Jenner’s favor as she looked positively flawless for a romantic night out with Travis Scott at Carbone in New York on Wednesday evening.

The 20-year-old business mogul showed off her enviable frame in a tight black Fendi dress as she left her hotel and hurried through city streets. 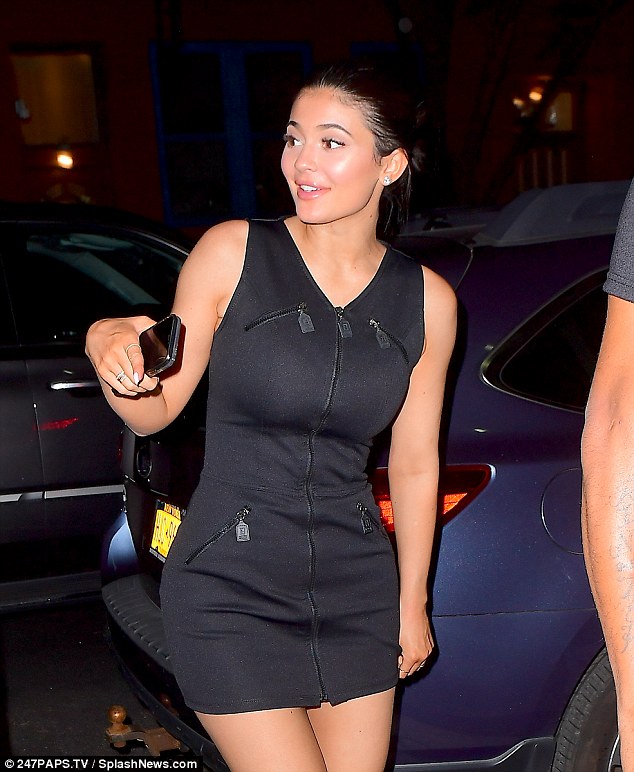 Kylie’s hourglass form was on display in the figure-hugging frock which featured a black zipper running from the neckline to the hem.

Black zipper detailing was embroidered across her chest and hips, with thick straps revealing her toned biceps.

The gorgeous garment featured a massive black leather back with the brand’s name etched across her shoulders.