Kylie Jenner showcases ring on her engagement finger…. after Travis Scott reveals he’s working on a ‘fire’ way of proposing

Her boyfriend of 20 months, Travis Scott, revealed earlier in the week that he was planning a ‘fire’ way of asking his girlfriend to marry him.

And now fans believe the proposal has since gone down, with Kylie Jenner stepping out with a ring on ‘that’ finger.

The 21-year-old was seen on a night out on Friday with her BFF Jordyn Woods and didn’t shy away from showing her blinged up hands. 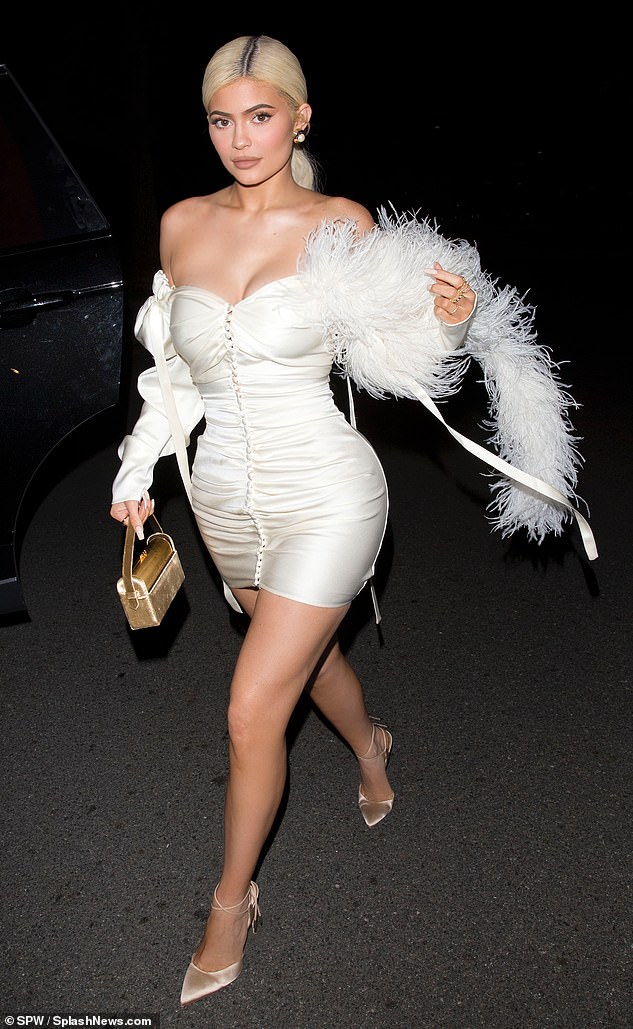 Kylie’s new sparkler comes after her baby daddy Travis Scott, 26, confirmed earlier in the week they were getting ready for marriage.

‘It got to a point where I was like, “I need [Kylie] with me to operate”. She’s that one,’ he told Rolling Stone about their relationship.