A photo that appeared to show Kylie Jenner hanging out with Jordyn Woods this week has been sweeping the internet.

Speculation was sparked that Kylie was ready to forgive and forget after a fan secretly snapped the reality star out for brunch with a woman who looked a lot like her former BFF on Thursday.

But it turns out the friend was Kylie’s close friend Heather Sanders. 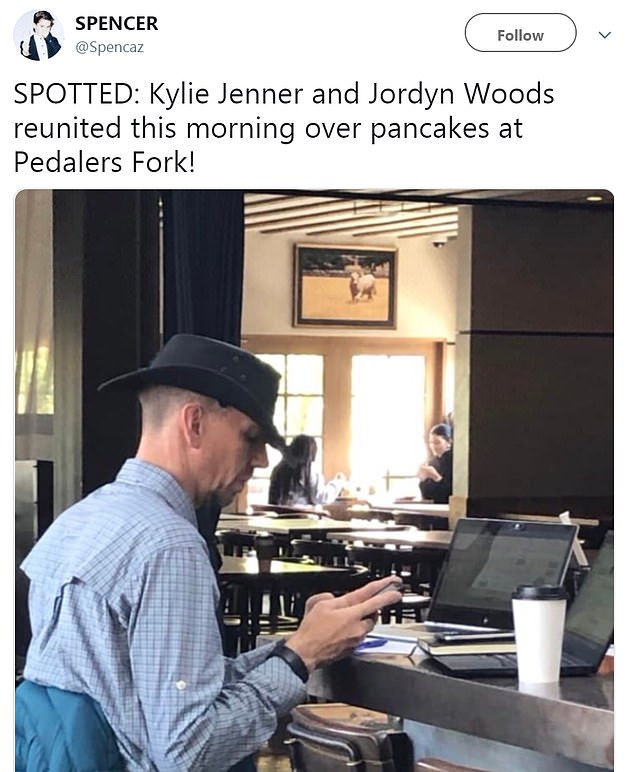 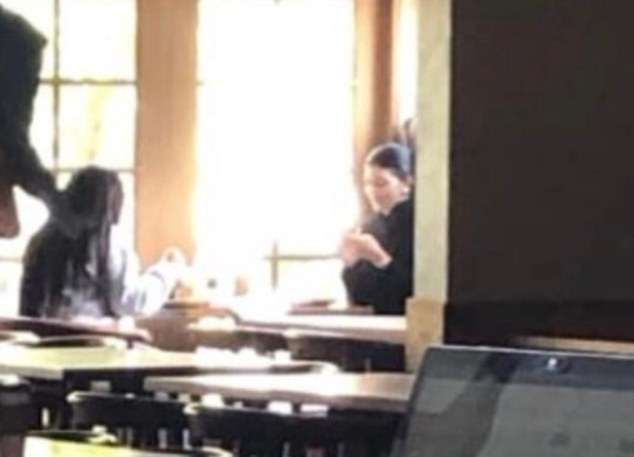 Kylie, 21, kicked Jordyn, a longtime friend of the Kardashian/Jenners, out of her Hidden Hills mansion last week after it emerged she’d hooked up with sister Khloe’s baby daddy Tristan Thompson.

In the wake of Jordyn’s betrayal, Kylie and Heather have been spending lots of time together, as the reality star stands by Khloe instead of her former best friend.

Kylie and Heather have been spending lots of time together in the wake of Jordyn’s betrayal, with Kylie standing by her sister Khloe, 34, instead of her former best friend.

The photograph, which is going viral on Twitter, was taken from a distance inside the Pedalers Fork restaurant in Calabasas, and shows Kylie enjoying some pancakes with a woman who has long black hair.