Kylie Jenner’s not ready to take Khloe Kardashian’s lead and open the door to forgiveness for her ex-bestie, Jordyn Woods … at least, not yet.

Sources close to both women tell TMZ … their relationship is far from being repaired because they’ve barely communicated with each other since Tristan Thompson cheated by kissing Jordyn.

We’re told Jordyn still hasn’t picked up all her stuff from Kylie’s guest house or made arrangements to do so — partly because of the silent treatment, but also because Kylie’s been dealing with her own issues with Travis Scott. 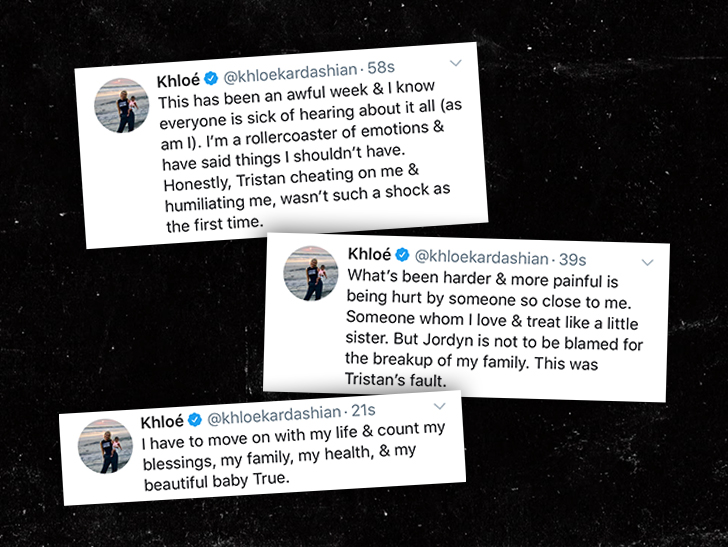 Our sources say Kylie has been hanging with other friends at her pad — many of whom joined her for that roller skating party with KJ’s sisters. No, Jordyn didn’t get an invite.

For those holding out hope for a reconciliation, there’s some encouraging news. We’re told the ex-BFFs have texted a bit, and as we reported … Khloe slightly extended an olive branch Saturday, tweeting that Tristan was to blame — not Jordyn.

Woods did take some blame for her role in the scandal last week on her “Red Table Talk” interview … but denied outright cheating with Tristan.

It might have helped mend the fences with the Kardashians a little bit, but for now … Kylie needs more convincing.