She’s held her tongue since her sister overwent an image overhaul when she started dating Kanye West.

But Kourtney Kardashian finally let Kim have it on Sunday night’s Keeping Up With The Kardashians, telling her that the Yeezy-designed outfits she insists on sporting ‘f**ing suck’.

And an unrepentant Kourtney clearly has no regrets about speaking out, posing instead in a bikini for a sultry photo with best friend Larsa Pippen. 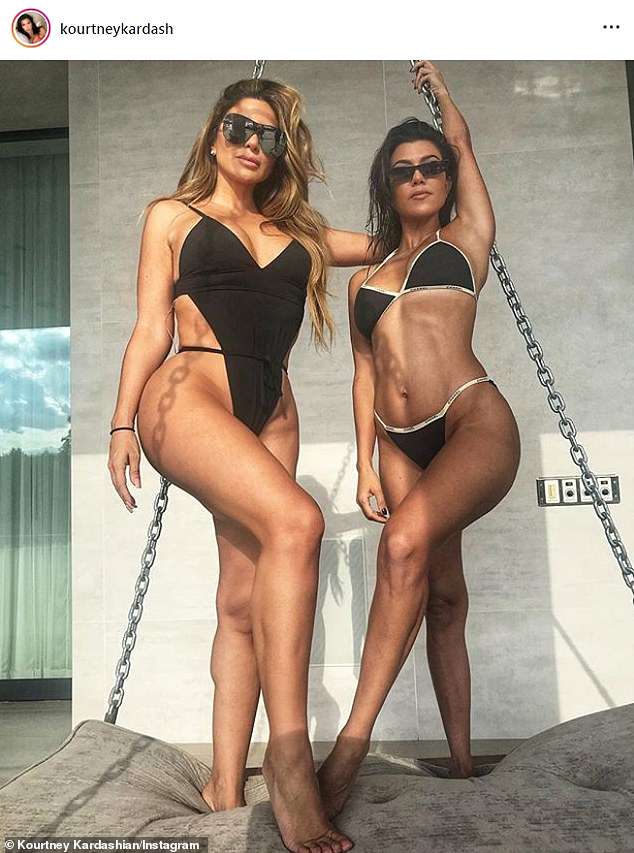 Kourtney, 39, smouldered in the shot, posted without a caption on Monday.

The two longtime friends stood side by side in the shot, showing off their figures in their swimsuits.

On Sunday night viewers watched as Kourtney laid into her sister on their show, during a trip to Japan filmed earlier this year.

Their plan was to shoot a Yeezy campaign – using paparazzi photos – with the clothes designed by Kim’s husband Kanye West.