Younes Bendjima raised eyebrows after he posted and quickly deleted a snarky comment on a racy Instagram from his girlfriend.

And it seems like Kourtney Kardashian is none too pleased with her younger beau’s jealousy.

The 39-year-old Keeping Up With The Kardashians star is said to be ‘frustrated’ with her 25-year-old boyfriend airing out his grievances in a public forum it was reported by E! News on Wednesday.

A source for the entertainment publication said: ‘Kourtney doesn’t appreciate Younes posting his feelings in a public forum and being impulsive. 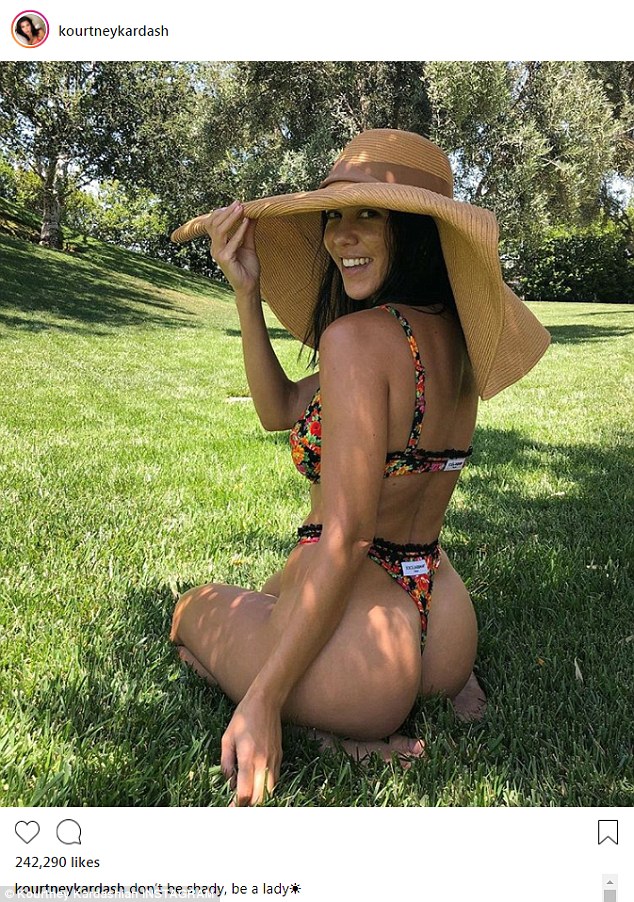 ‘She’s frustrated that he continues to get upset about it. She isn’t going to stop doing what she’s doing and feels like he needs to understand and deal with it.’

As the former amateur boxer makes his living scantily-clad in front of the camera it is interesting to note that he would feel this way.

The insider explained: ‘Younes gets jealous and can be possessive of Kourtney. When she posts half naked pictures, he gets very upset.

‘He wants her for himself and doesn’t want to share her with the world.’