Kim Kardashian sported a new bob hairdo when she was glimpsed leaving a car in Calabasas this Tuesday.

The proud mother of four, whose youngest son Psalm was born via surrogacy this month, wore sweats covered in writing including the phrase: ‘TRUST GOD’.

Psalm is Kim and her husband Kanye West’s fourth child overall and their second to be born after surrogacy, after one-year-old daughter Chicago last January. 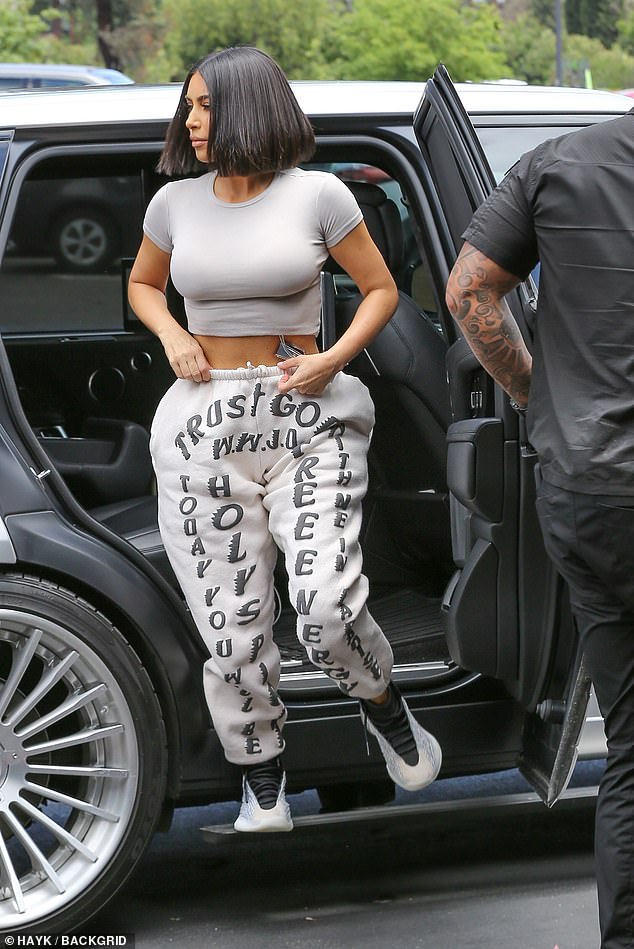 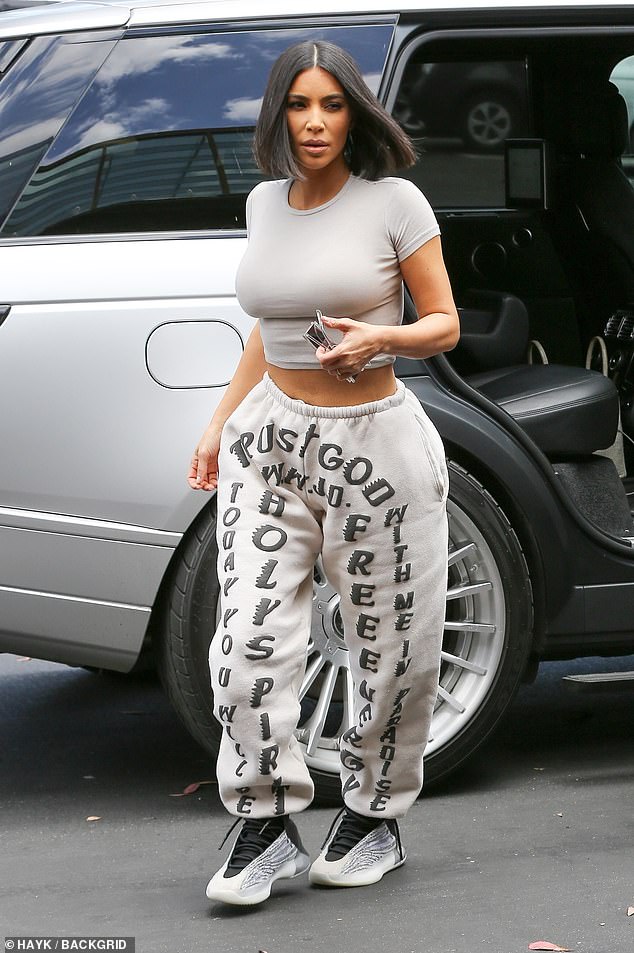 Kim gave birth to the couple’s firstborn child, a daughter called North, in 2013 and delivered their son Saint in 2015.

Psalm entered the world on May 9 in Los Angeles, with the time of birth being 7:02pm, according to a birth certificate obtained by TMZ.

The couple named their new baby Psalm after Kanye drew attention for his Sunday Services, which recently played host to a performance by Sia.