It’s fair to say that Kim Kardashian is a slave to fashion and that was certainly the case when she stepped out on Monday wearing a skimpy dress by Thierry Mugler.

The 38-year-old left her coat at home to wear the gowns as she opened an exhibition of the designer’s work in Montreal, Canada, where the temperature was a freezing -18- minus 20 degrees.

What’s more, she risked a serious injury when she was forced to walk across an icy pavement in her Yeezy heeled mules, taking tiny pigeon steps so she didn’t fall. 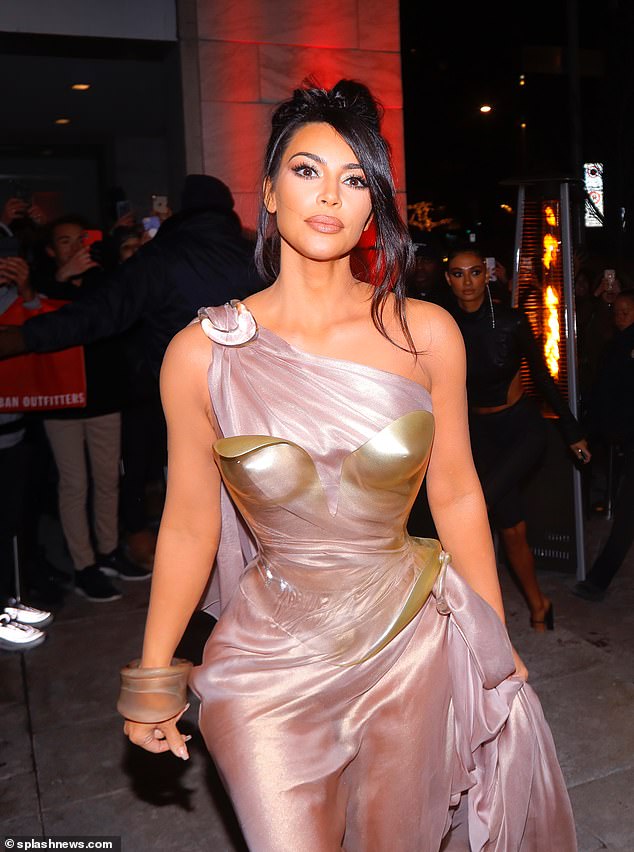 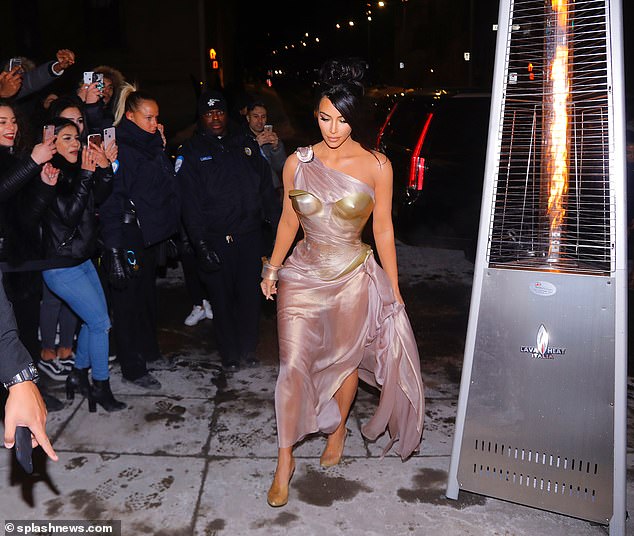 The reality star then changed into an equally skimpy white corset-style dress later in the day.

One person wrote on social media: ‘So @KimKardashian is in Montreal right now and I don’t think she got the memo of our freezing weather cus sis showed up wearing this.