She’s famous for her curvaceous figure.

And Kim Kardashian’s dangerous curves were on full display Saturday night, when the 38-year-old hit up West Hollywood eatery Craig’s in a skintight green dress. 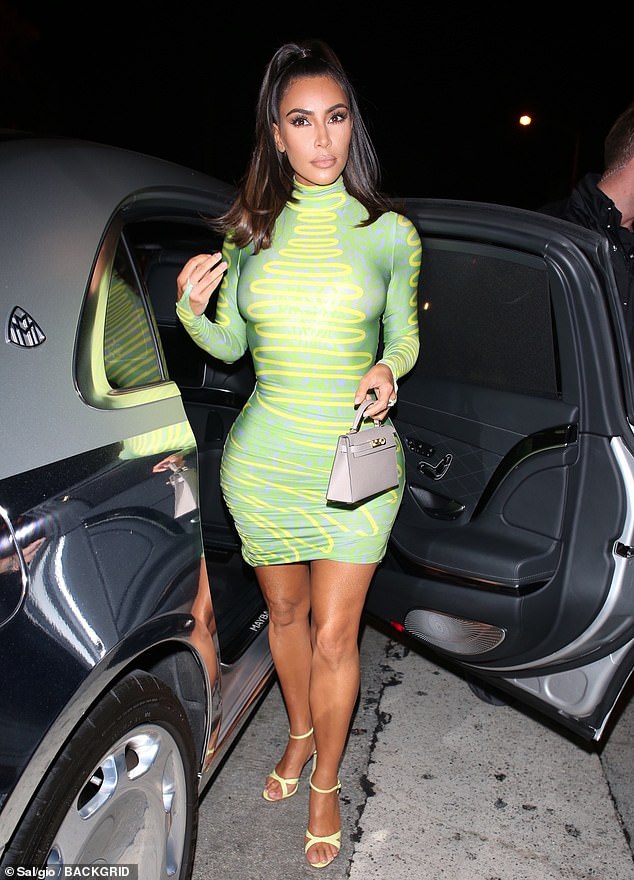 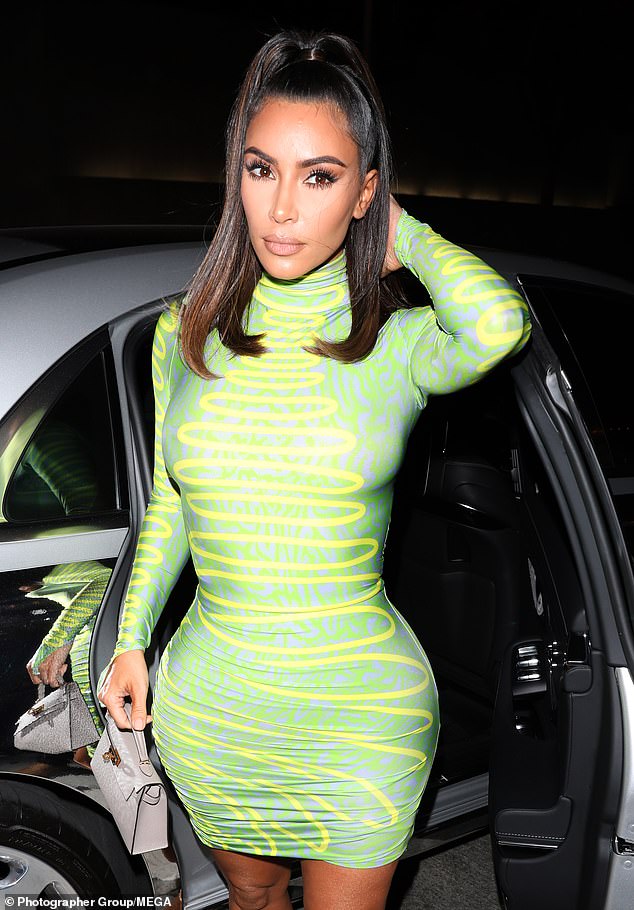 Her straight raven tresses were worn in a high top knot and spilled own the socialite’s shoulders.

The Keeping Up With The Kardashians mainstay was en route to her pal Larsa Pippen’s birthday, which was held at the restaurant.