The bodyguard who bailed on Kim Kardashian West just before she was robbed at gunpoint in Paris is being sued … TMZ has learned.

Pascal Duvier and the company he worked for — PROTECTSECURITY — are being sued by Kim’s insurance company for $6.1 million … the amount the insurance company paid Kim for the stolen jewelry that was taken at gunpoint October 3, 2016 at a Paris hotel.

As we reported, Duvier left the hotel room and followed Kourtney and Kendall to a nearby club, leaving Kim without security. The lawsuit also claims there were a number of security breaches in the hotel the bodyguard failed to correct. Among other things, the front gate to the courtyard of the hotel was missing a lock, and the intercom to the door was not functioning … things the bodyguard should have flagged. 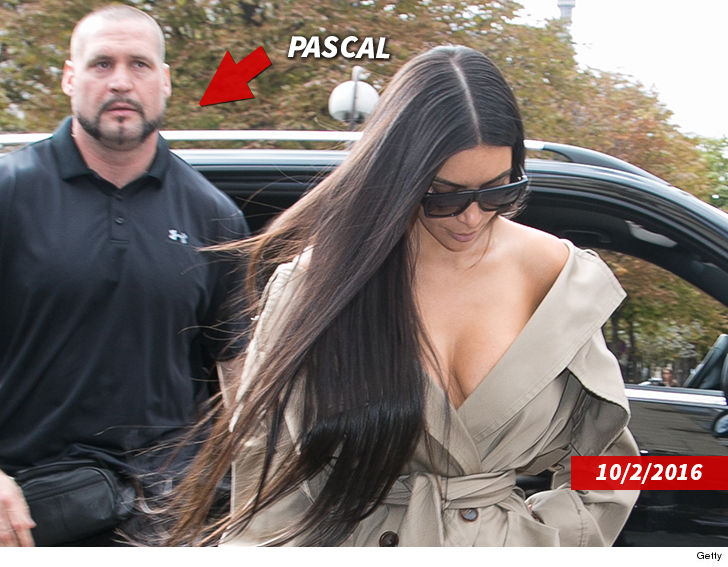 The lawsuit, filed by AIG, claims the breaches allowed the masked gunmen to enter the hotel and make their way up to Kim’s unit, where she was gagged, tied up and put in a bathtub.

The lawsuit blasts the concierge for not having any security training, but neither he nor the hotel are being sued. You’ll recall he was held at gunpoint and taken up to Kim’s unit where he unlocked the door.

Kim is not suing … AIG paid Kim’s claim and is now going after the individual and company it believes were negligent and caused the robbery.