On Sunday, she was seen enjoying a night out at Beyoncé and Jay-Z’s On The Run II concert, as the tour rolled into the Rose Ball in Pasadena, California.

But it was back to work for Kim Kardashan, 37, on Tuesday, as she was spotted shooting scenes for reality show Keeping Up With The Kardashians alongside her best pal Jonathan Cheban, 44, in Thousand Oaks, California.

The curvaceous mother-of-three caught the eye in an eclectic ensemble that included a black oversized jacket and snakeskin bell bottoms with towering heels as she made her way into Dick’s Sporting Goods. 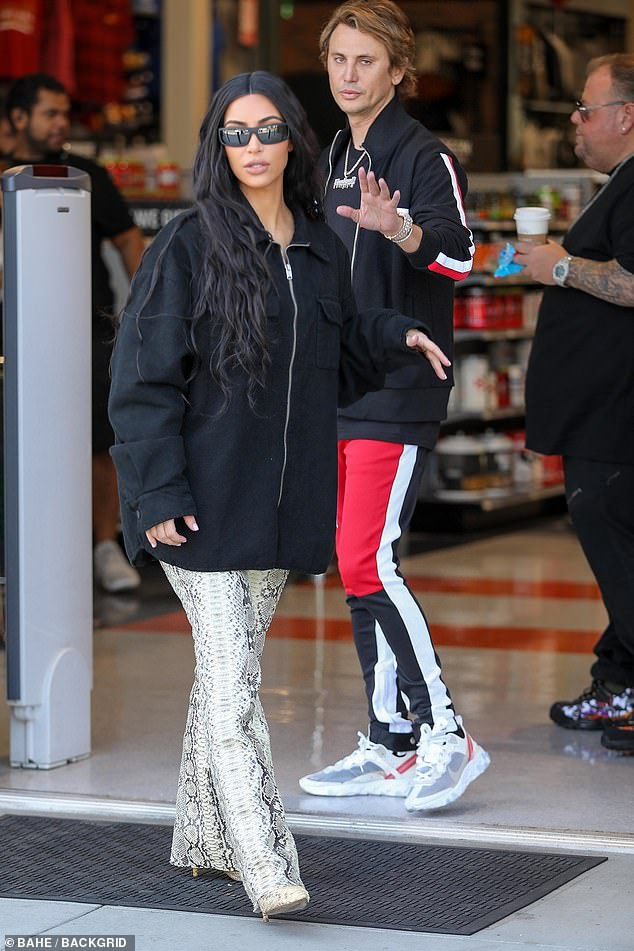 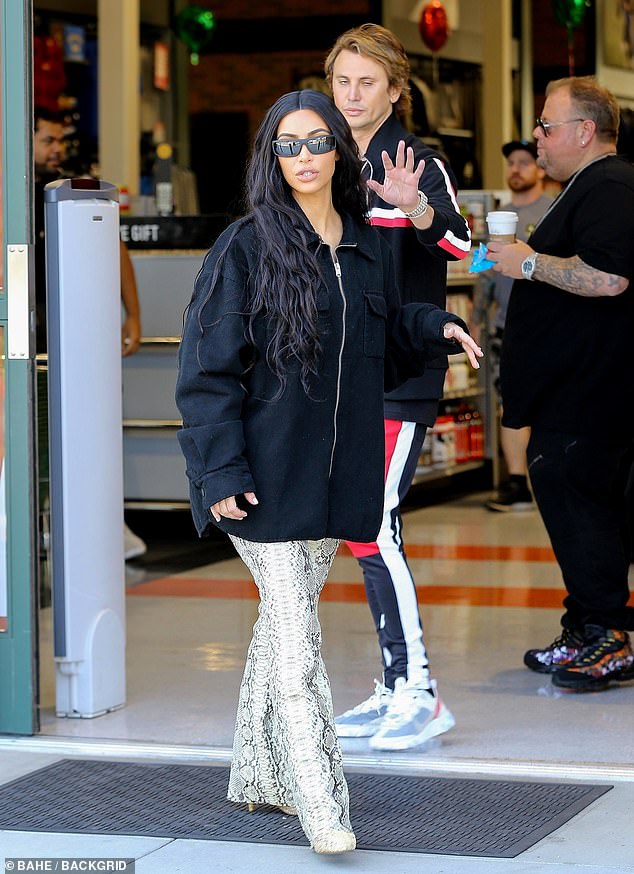 Hiding her eyes behind a stylish pair of angular sunglasses, she wore her raven locks in long waves with a centre-parting, while a palette of impeccably-applied makeup glammed up her head-turning look.

She was seen standing at the entrance of the shop as she chatted with her close friend Jonathan, who looked casually cool in a black-and-red tracksuit.

On Sunday night, Kim appeared to be having the time of her life as she sang along to some of Beyonce’s greatest hits alongside her sister Kourtney, 39, mother Kris Jenner, 62 and pal Larsa Pippen, 44.