And although adding a nude bodysuit, Kim Kardashian continued to serve a sultry pose in her latest shot on Wednesday. 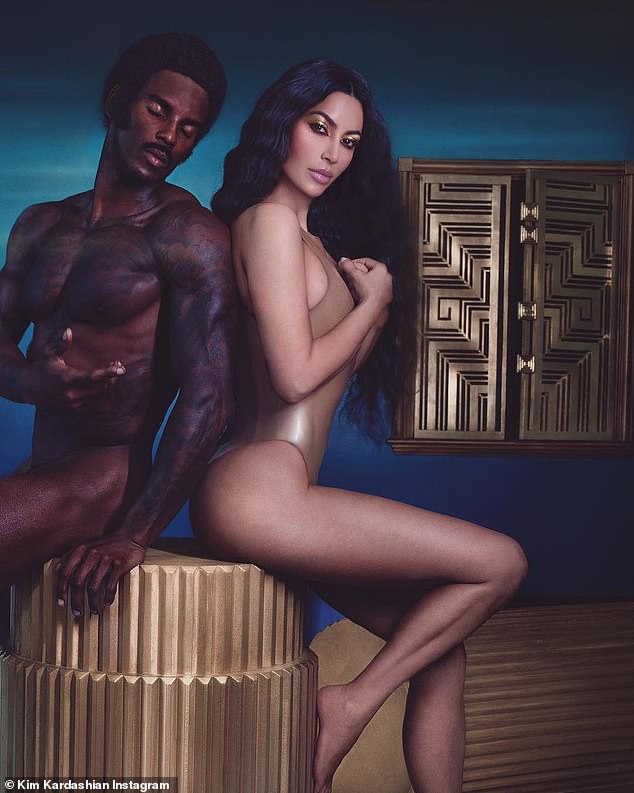 The 38-year-old was seen sitting on a gold stool next to a male model in a hope to draw attention to her gold eyeshadow, however, fans were more concerned with her ‘photoshop fail’.

However, followers appeared to be more concerned about Kim’s trim physique, in particular, her noticeably smaller derriere.

‘Crazy how they photoshopped yr fake butt to make it smaller. What an oxymoron,’ commented one.