The jarring images of the close call comes after reports the couple hired a private squad of firefighters to protect the property amid the recent Southern California wildfires.

The firefighters persistently dug ditches and hosed down the area amid the searing fires, TMZ reported last week. 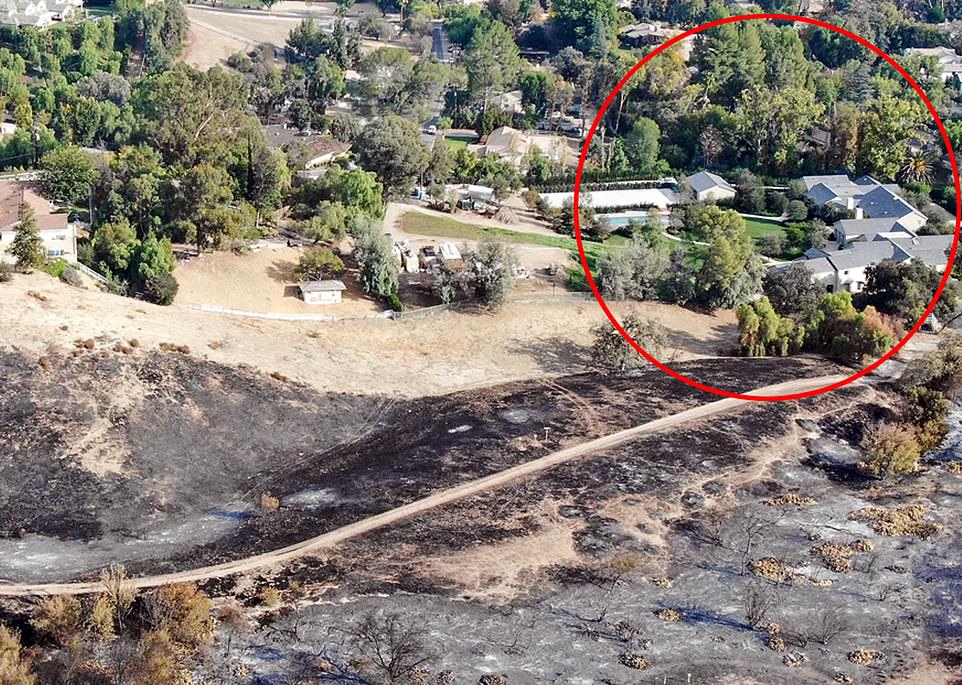 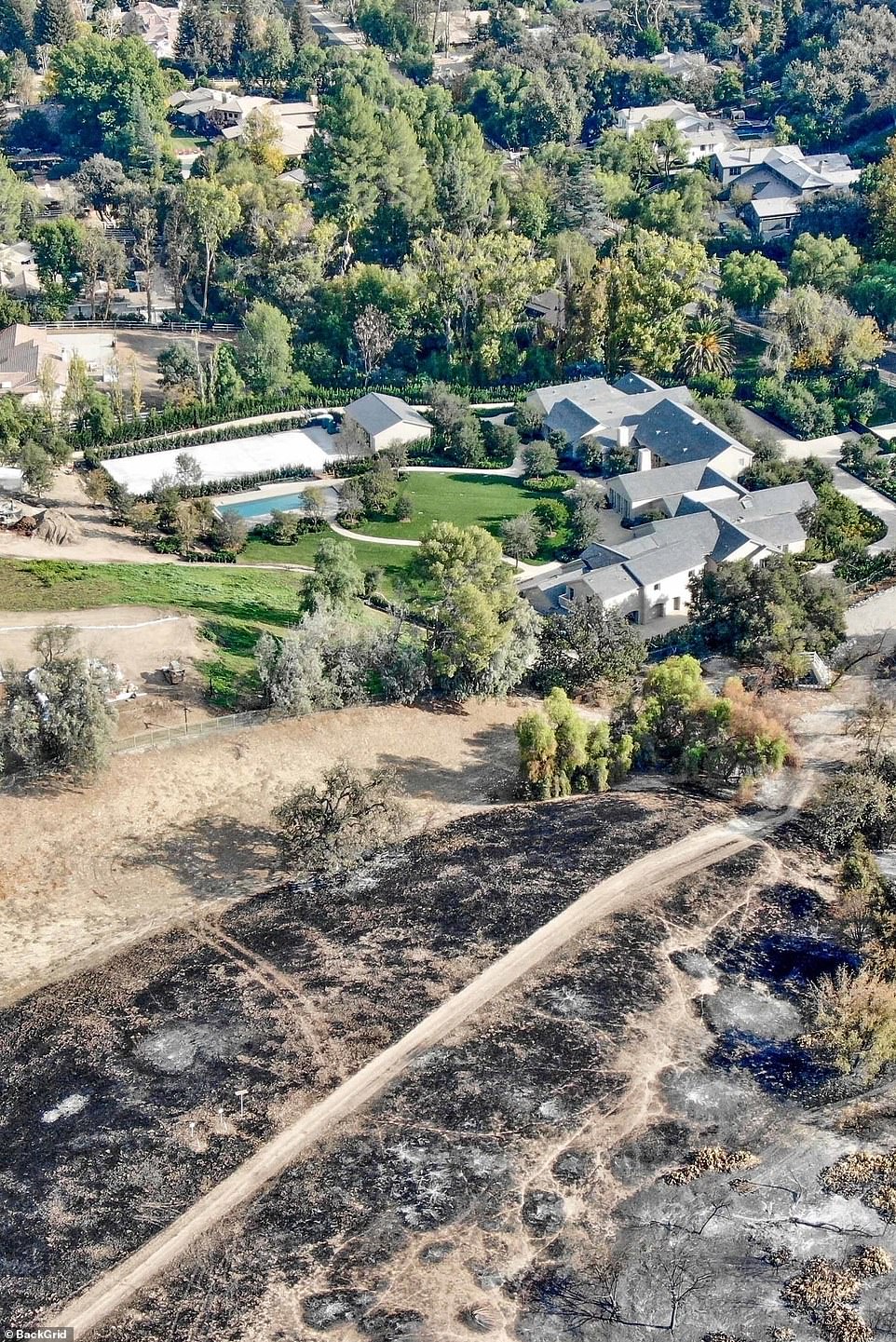 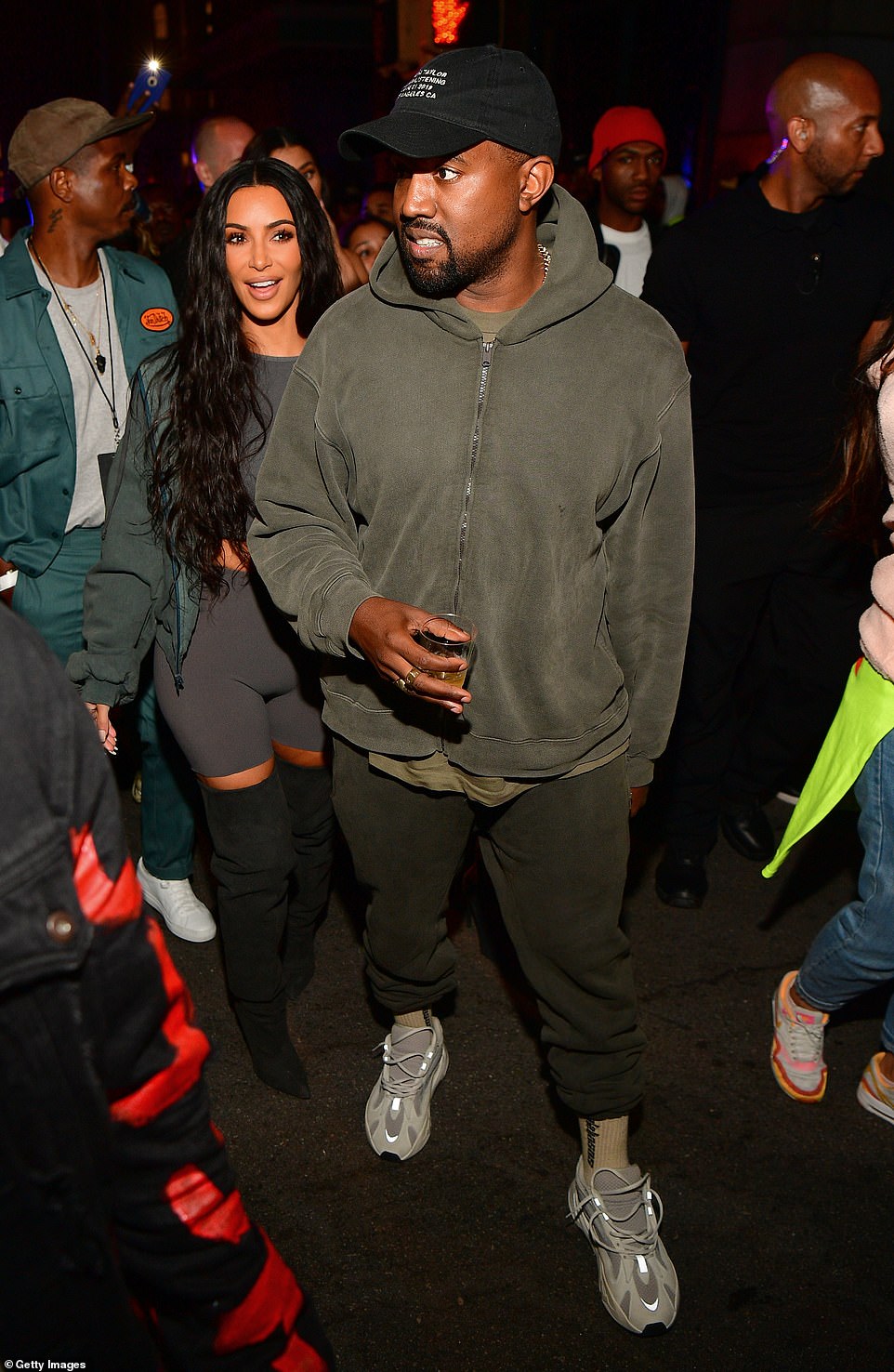 Overhead photos display a charred area surrounding the mansion, which was encroached by fire after authorities ordered a mandatory evacuation of the region, according to the outlet.

Neighbors of the reality TV queen, 38, and the Grammy-winning artist, 41, appreciated the efforts the couple made due to the layout of the area, the outlet reported.