Feeling nostalgic. Khloé Kardashian took a trip down memory lane and reminisced on last year’s holiday season when she was pregnant with her daughter, True.

The Good American founder, 34, posted throwback videos from her family’s iconic Christmas Eve party from 2017. She had just announced that she and boyfriend Tristan Thompson were expecting a baby and was finally able to publicly display her baby bump.

“A lot can change in a year,” the reality star captioned a picture of herself rocking a sparkly silver jumpsuit and cradling her pregnant belly on her Instagram Story on Wednesday, December 26. The image was dated December 24, 2017. 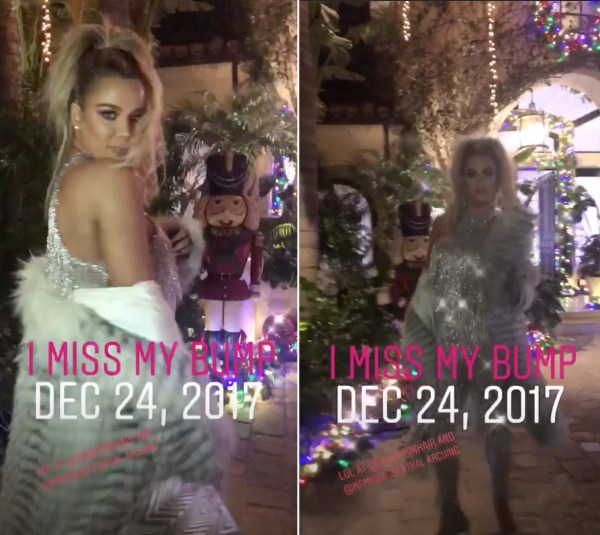 Kardashian also shared throwback videos from last year’s Christmas Eve bash, including one of her posing as hairstylist Jen Atkin argued with her husband, Mike Rosenthal, in the background. “I miss my bump,” she wrote with the video. Another post depicted the Revenge Body host holding up her big sister Kourtney Kardashian, who was dancing as rap music played in the background. “Bump and all and things don’t change! @kourtneykardash,” she said.