Kendall Jenner was in Philadelphia on Friday to support her maybe boyfriend Ben Simmons as his Philadelphia 76ers took on the Cleveland Cavaliers.

During the contest, the 23-year-old model was caught booing her sister Khloe Kardashian’s boyfriend, Tristan Thompson, while he took a free throw.

But the 34-year-old television personality wasn’t upset with her ‘baby heckler’ sibling, and laughed off the exchange in Tweet later that night. 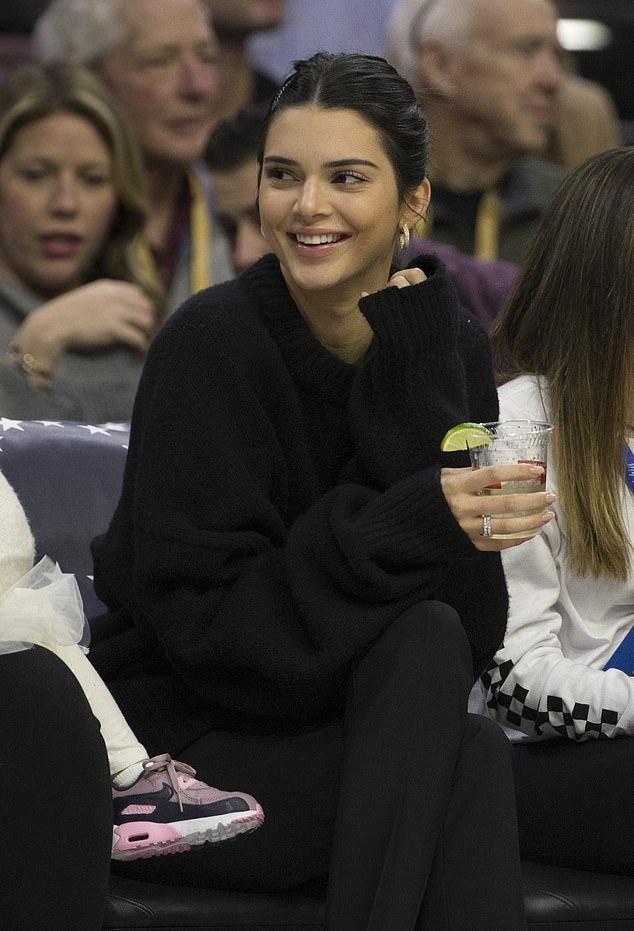 Kendall was sitting court-side for the game and could be seen making vocal distractions in the direction of Tristan as he was taking a free throw.

However, the high-profile duo also shared a warm embrace on the court, showing that there were no hard feelings.

During the game, Kendall was also seen cheering for Simmons.