She has bounced back into shape after giving birth less than nine months ago.

And Khloe Kardashian proudly showed off her post-baby body on her latest outing.

The 34-year-old reality star looked in absolutely fantastic shape in a clinging corset and leggings while leaving a studio in Calabasas on Friday.

It was the second day she was spotted in the look as the previous day the Revenge Body star posted photos to Instagram in the same outfit as her makeup was finalized. 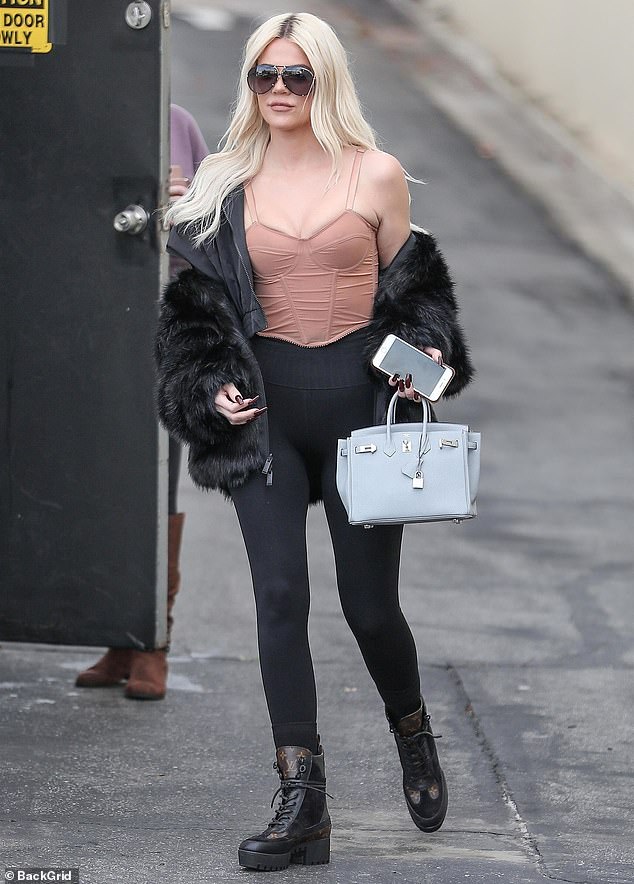 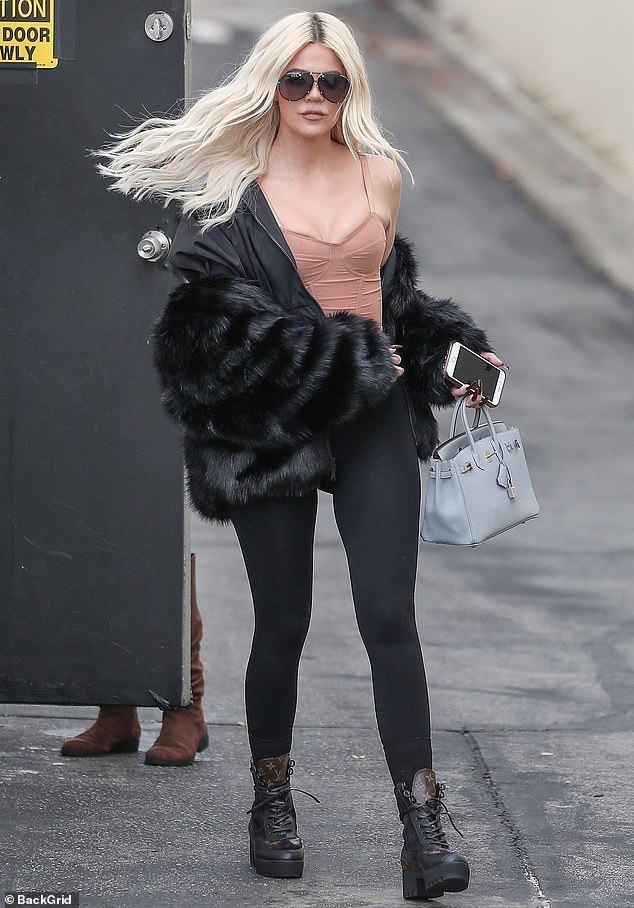 Khloé stepped out of the studio in her mauve corset, which showed off her cleavage and her trim figure.

She energized her ensemble with a fur-covered jacket and a pair of stylish Louis Vuitton combat boots.