‘She knew what she was doing!’ Fans accuse Kendall Jenner of secretly doing a paid AD for Coca-Cola – after she was pictured buying a single can while dressed to match the packaging

Fans are convinced Kendall Jenner was doing an advertisement for Coca-Cola after she carried a single can of the soda out of a bodega in a matching dress — with some calling the marketing move ingenious.

The 22-year-old model was spotted in Manhattan Monday enjoying a can of Coca-Cola that just so happened to match her orange Bec + Bridge dress. 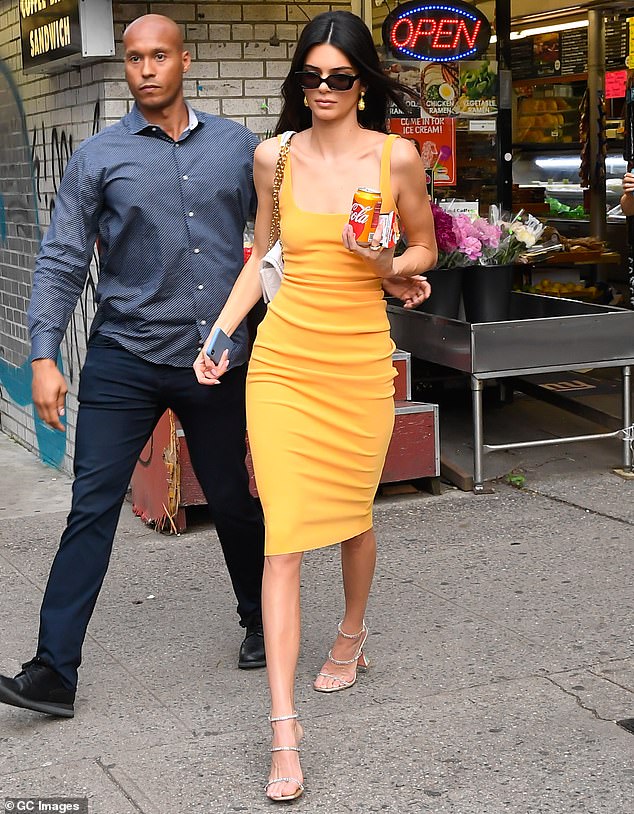 Then the can was carried with the logo facing out towards the paparazzi when she left the bodega, which led people to become suspect of the potential product placement.