He’s never shy about professing his love for his wife of four years.

And on Saturday, Kanye West showed off his chivalrous side by lifting Kim Kardashian out of the couple’s Mercedes G-Wagon as they arrived at 2-Chainz’s star-studded wedding in Miami.

The 41-year-old rapper put his hand on the 37-year-old reality TV star’s peachy derriere as they walked toward the venue. Kardashian made the head-turning appearance as she attended a wedding at The Villa Casa Casuarina in the Miami Beach Architectural District, Florida. 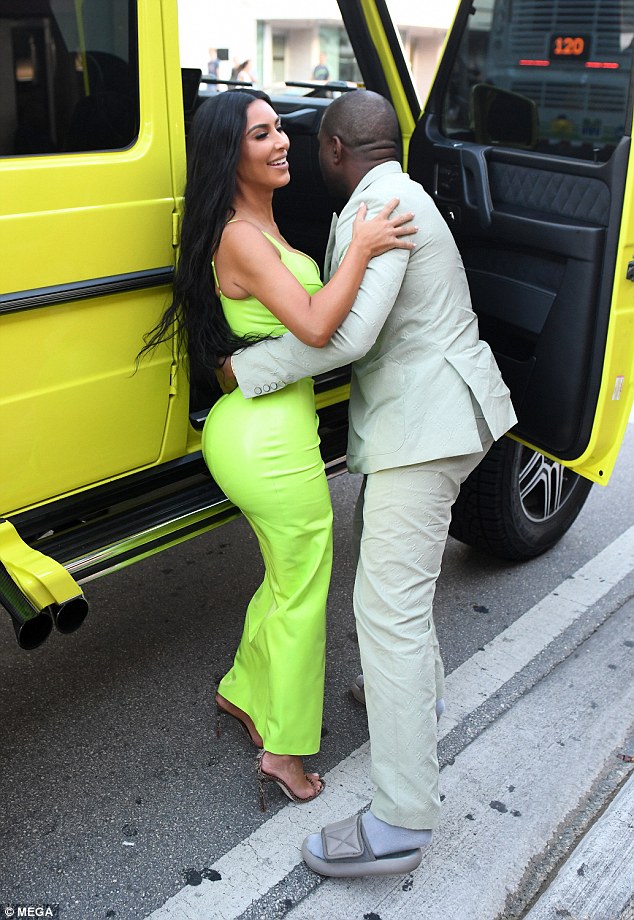 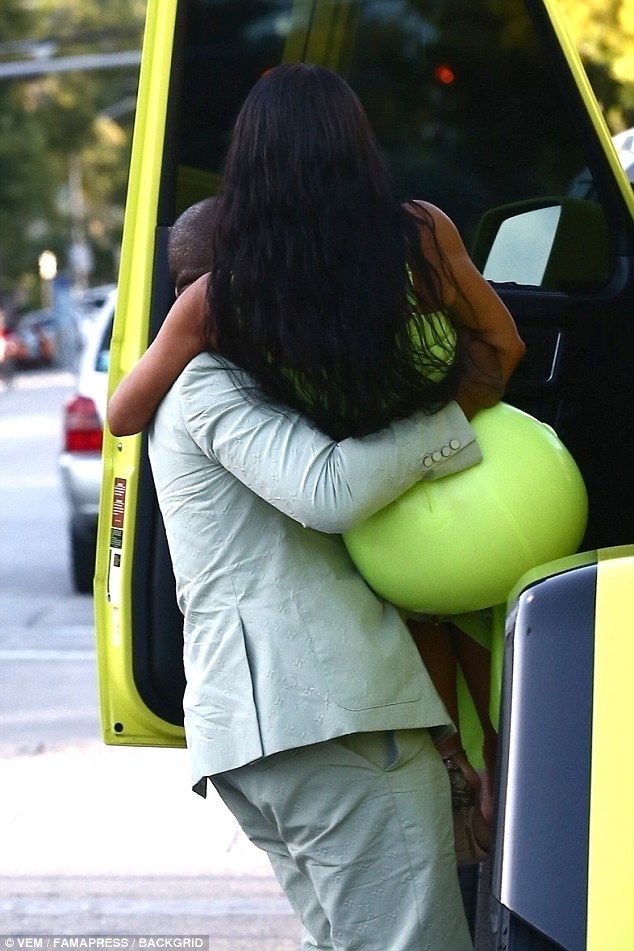 The event saw the union of 2 Chainz and his longtime girlfriend Kesha Ward.

Proving to be a lavish affair, the extravagant wedding saw an appearance from a white tiger. 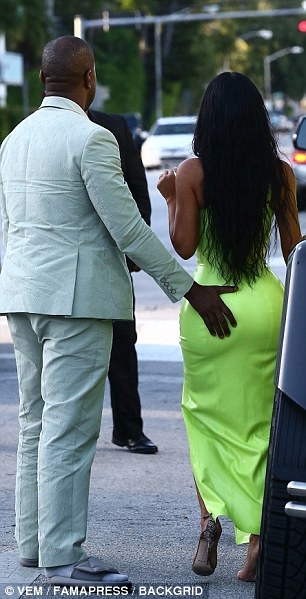 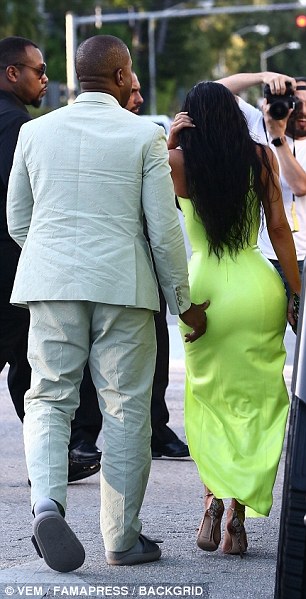 The socialite showed off her flawless figure in a chartreuse ensemble that highlighted her famed curves.