The great and good of Hollywood celebrated the inaugural Hainan International Film Festival in style for the event’s closing ceremony.

And Johnny Depp was on hand to support the festival, as he joined his former Chocolat co-star Juliette Binoche and other stars at the event on Sunday.

The actor, 55, came dressed to impress in a three piece suit and a bow tie as he stepped out onto the red carpet in Sanya, Hainan Province of China. 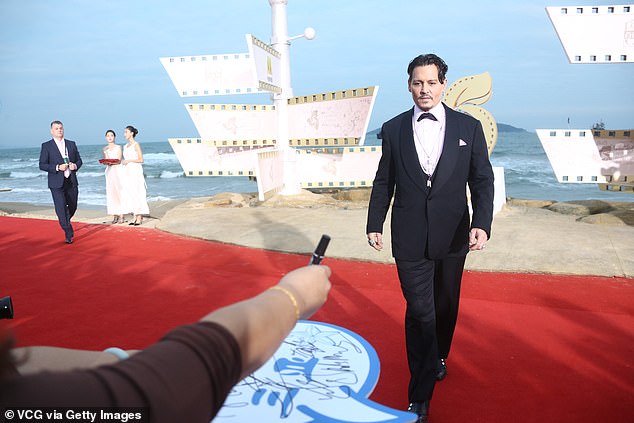 The Edward Scissorhands star added a punk flair to his look by accessorising with an array of dangling necklaces.

His brunette locks were slicked into a gelled back hairstyle, and Johnny looked ruggedly handsome as he signed memorabilia for fans.

Johnny was in high spirits as he met with the adoring mob, and he was happy to take his time and shake their hands.