She hosted a very exclusive Halloween party this weekend.

And all eyes were on Halsey as she slipped into the role of Batman’s Poison Ivy for her Friday soiree.

The Without Me singer, 24, left little to the imagination wearing a just a leafy bikini and covering the rest of her figure with green body paint.

She also shared a video of her dancing and lip-syncing to the Panic at the Disco song I Write Sins Not Tragedies, along with DJ Alison Wonderland. 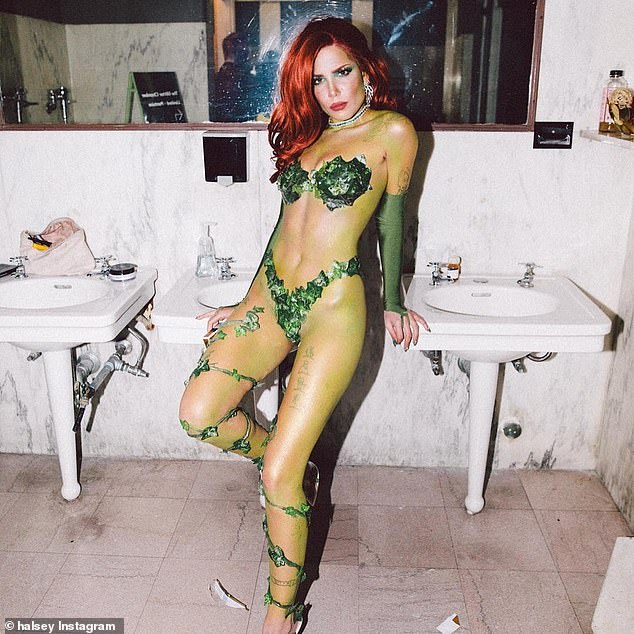 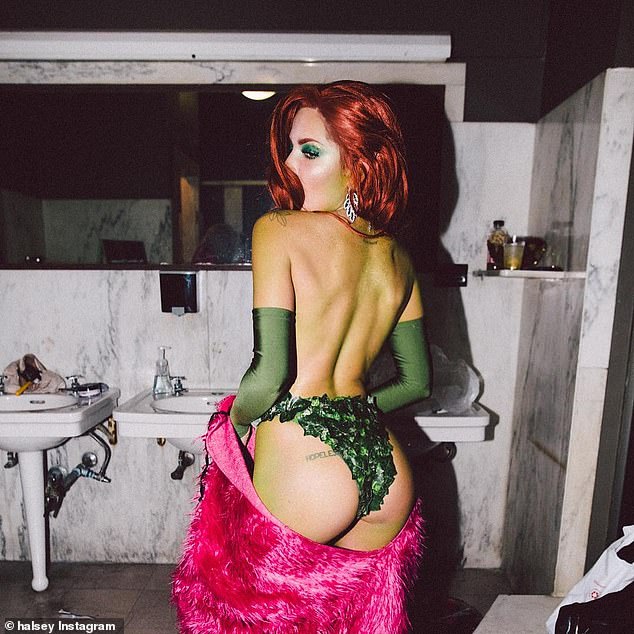 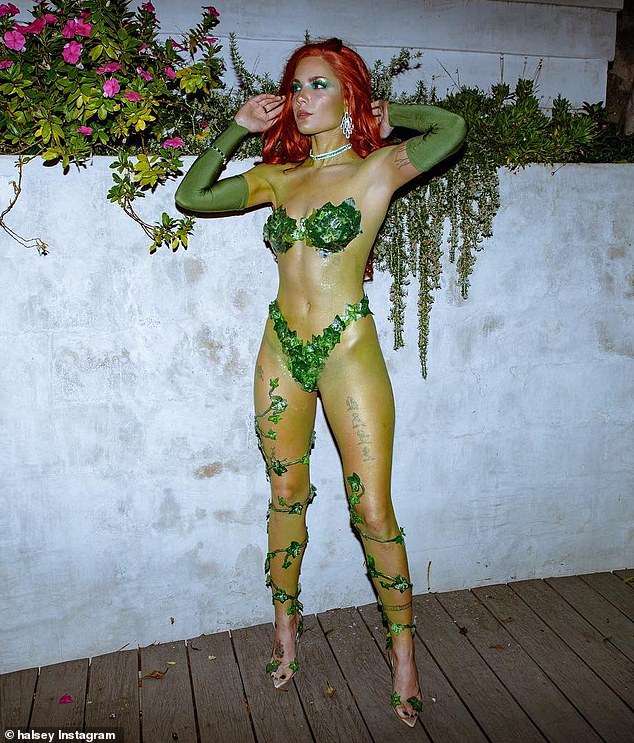 The singer also shared a shot of her in a bathroom, in full Poison Ivy costume, where she even hinted that she re-created a scene from the Batman & Robin movie.

‘Fav costume of all time ever,’ Halsey said on Instagram. ‘Also can’t believe we pulled off the gorilla / poison ivy dance from Batman and Robin. Oh yeah….we went there….