Is it a honeymoon or just a holiday? Hailey Baldwin flashes her HUGE diamond ring as she snuggles up to Justin Bieber on London Eye amid wedding rumours… before singer busks outside Buckingham Palace

So it’s no wonder they were the names on everyone’s lips when the couple enjoyed their honeymoon — or a holiday — in London amid ongoing claims they have tied the knot.

The Sorry hitmaker wrapped his arms securely around the waist of his sweetheart and nuzzled her neck as they queued for the London Eye on Tuesday before he went onto busk outside of Buckingham Palace. 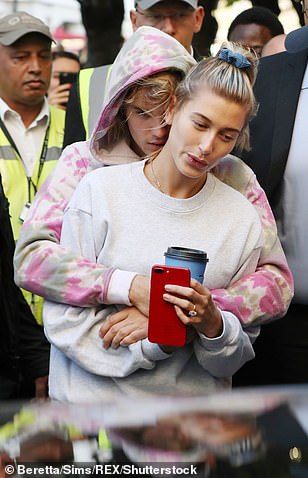 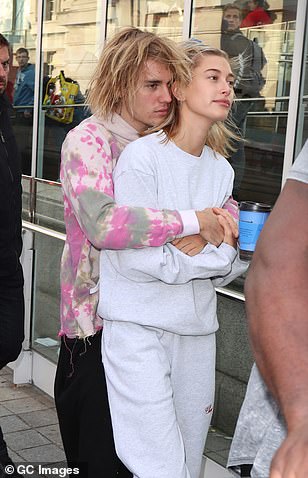 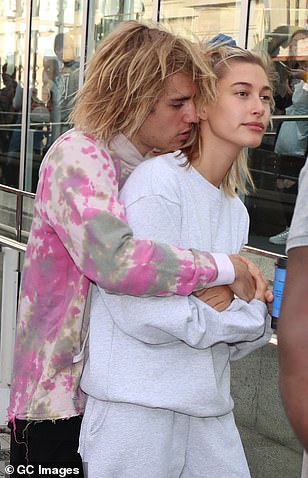 Justin, who has an estimated net worth of $265 million, put on a royally good performance as he strummed on his guitar when he perched on the edge of the water feature outside the Monarch’s home.

Purpose, the name of his fourth album, was inscribed on the musical instrument as well as his initials JB and symbols of a diamond, a cross, a star and a jester.