They’re the sister’s who have taken the modelling world by storm over the past few years.

So it was no surprise that both Gigi and Bella Hadid, 21, appeared at Rihanna’s Savage x Fenty show to close New York Fashion Week on Wednesday night in Brooklyn.

While the 23-year-old was seen in a khaki ensemble, her younger sister dazzled in sky blue.

Bella was dressed in a triangular bra that showcased her ample cleavage. 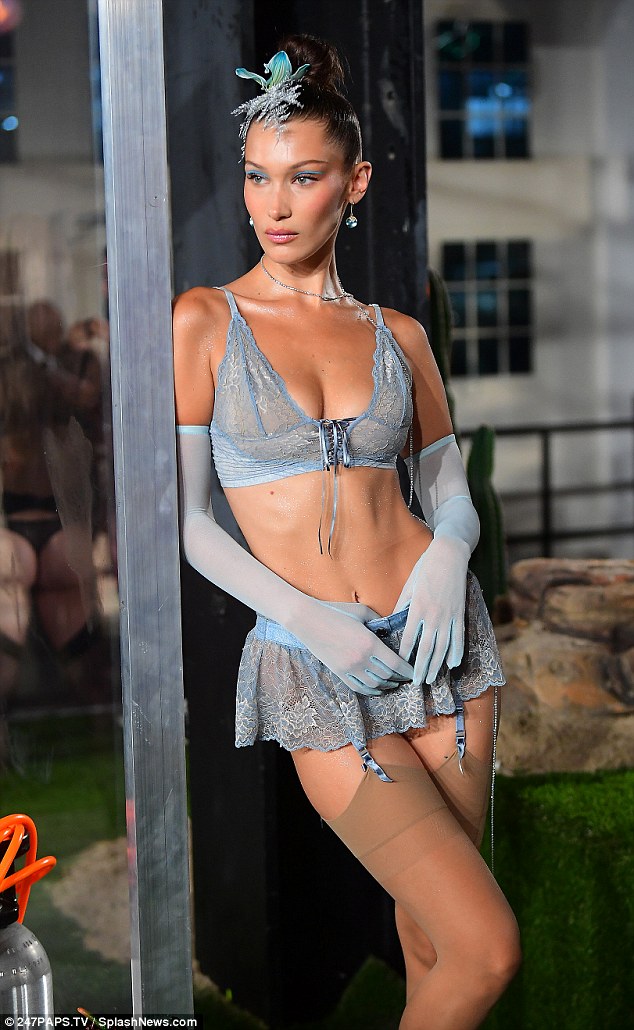 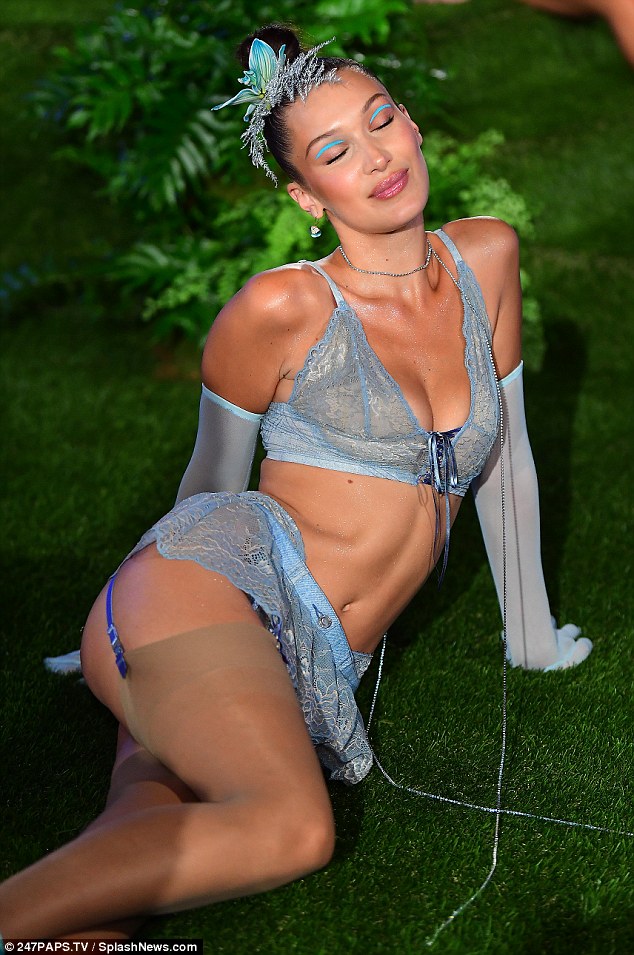 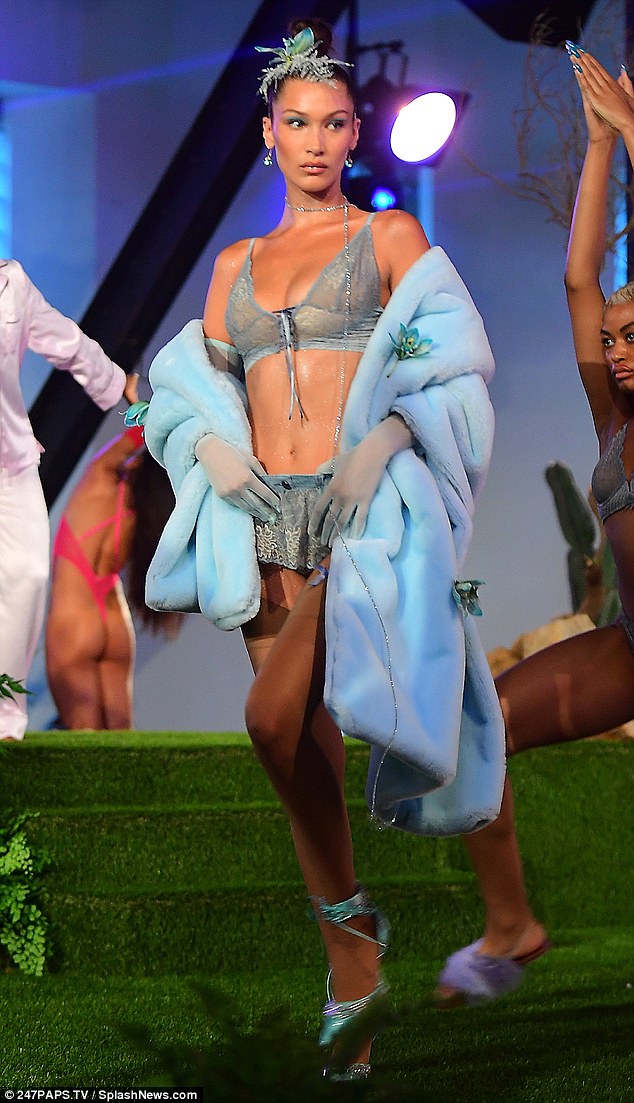 She paired the top with lace underwear of the same color and that included a garter belt.

Attached was a pair of sheer stockings that extended to her upper thighs.