The Birmingham born model showed off the voluptuous curves that one caught the eye of American rapper Tyga during her latest assignment on Mexico’s stunning Yucatán Peninsula.

Opting for vibrant red swimwear that strategically revealed a hint of under-boob, Demi, 23, was a typically engaging sight while striking a series of poses on one of the popular holiday destination’s sweeping beaches. 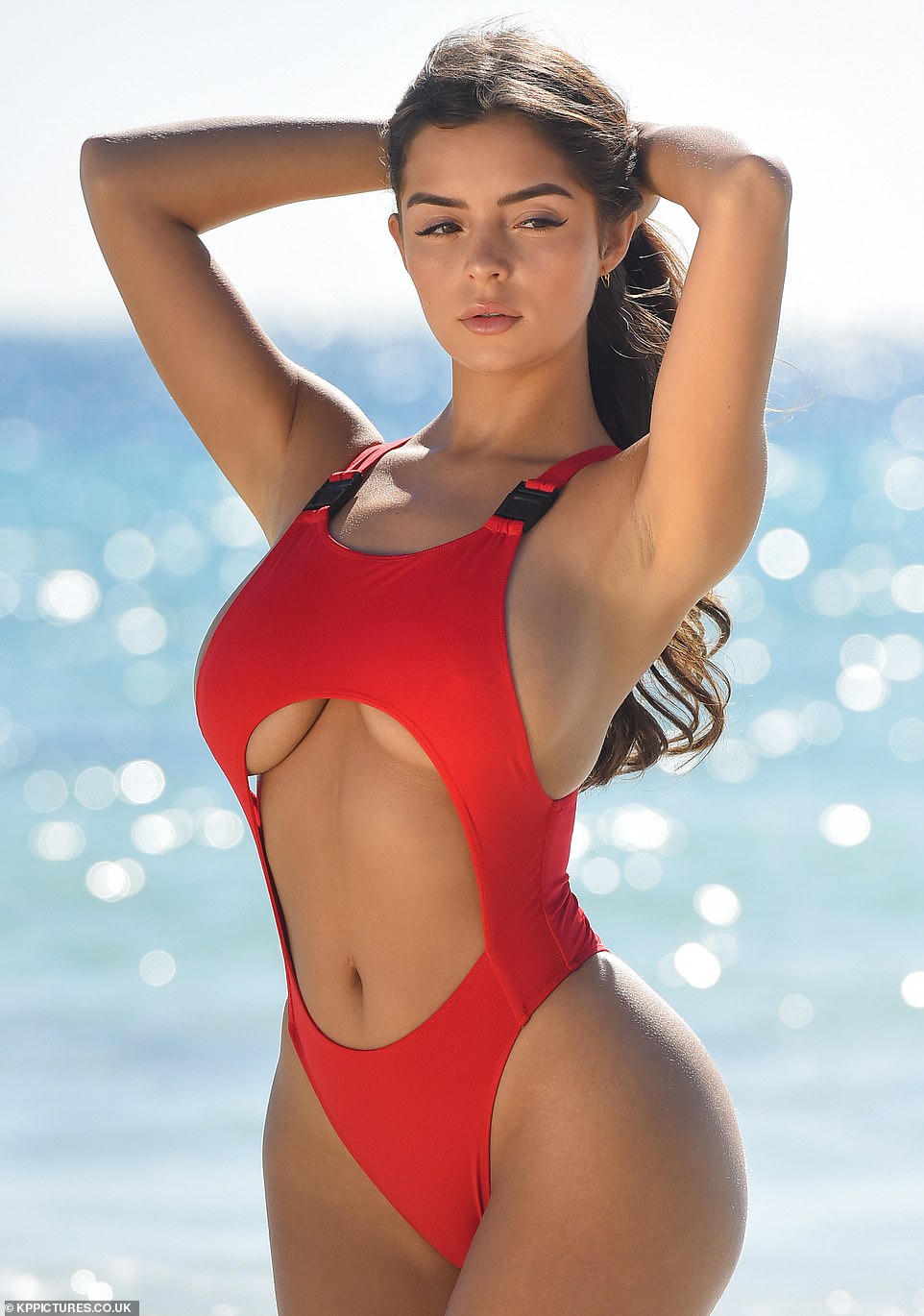 Her brunette locks were styled in soft waves while her pretty features were enhanced with fluttery lashes and a hint of rose coloured lipstick.

With temperatures already soaring, the model turned up the heat a little more as she struck a pose next to a red flag, before wading out into the ocean.

Drawing attention to her hourglass figure, Demi later strolled close to the shore as she completed the latest in a series of shoots on the Mexican coastline.