She had the honor of gracing the cover of Sports Illustrated in 2014.

And Chrissy Teigen was back on the beach again on Wednesday, seen splashing around Malibu during a fun photoshoot.

The Lip Sync Battle DJ, 32, paraded her curvaceous figure in a series of white looks while husband John Legend stood by supporting her. 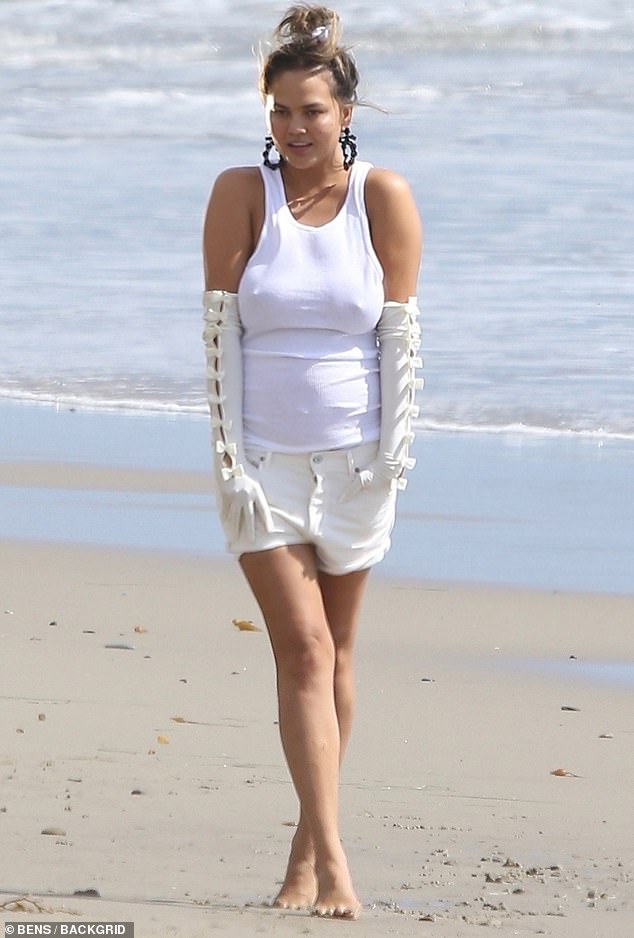 It was a little less than five-months since the mom-of-two welcomed son Miles into the world.