A new political feud is quickly emerging online and it’s between a couple of the most unlikely people you ever thought would get into it … Cardi B and one Tomi Lahren.

It all started with Tomi commenting on Cardi’s political rants last week about the government shutdown, with Tomi saying, “Looks like @iamcardib is the latest genius political mind to endorse the Democrats. HA! Keep it up, guys! #MAGA2020.”

Looks like @iamcardib is the latest genius political mind to endorse the Democrats. HA! Keep it up, guys! #MAGA2020

Leave me alone I will dog walk you . https://t.co/FjqIzpUbvp

Tomi quickly fired back by saying she was sure Cardi would dog walk her, but that fact alone doesn’t “make your political rambling any less moronic.”

CB kept her cool and composure with one final response (for now) by simply saying, “You’re so blinded with racism that you don’t even realize the decisions the president you root for is destroying the country you claim to love so much .You are a perfect example on no matter how educated or smart you think you are you still a SHEEP!”

Tomi responded to Cardi’s reply to someone else who mentioned taxes, telling CB that if she didn’t want to pay so much (about $4 mil apparently), she should embrace the GOP. 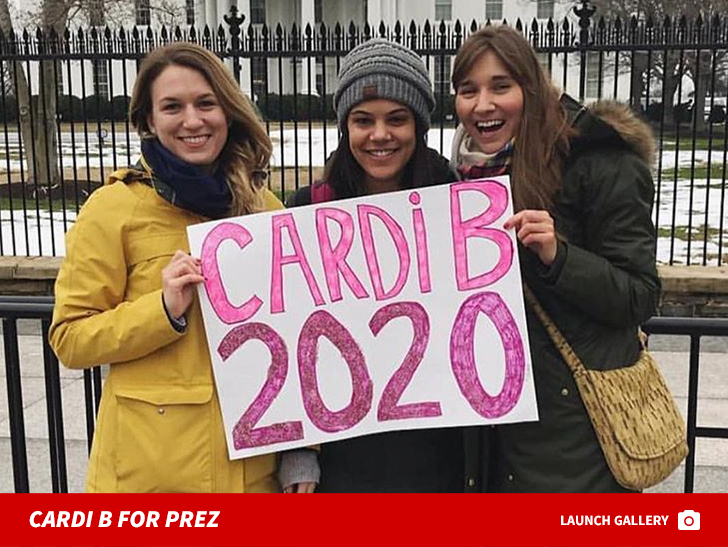 Something tells us that ain’t happening, especially with how many ladies were repping Cardi for the Women’s March Saturday. We think she’s set.