Brad Pitt, 55, and Charlize Theron, 43, ‘are dating and were all over each other last week’… after being introduced by her ex Sean Penn

Brad Pitt is reportedly dating another Hollywood A-lister over two years after he split from his Oscar-winner wife Angelina Jolie.

The 55-year-old Allied actor is seeing Charlize Theron, 43, according to The Sun.

They were introduced by her ex-fiance Sean Penn, it was alleged by the publication. ‘The new lovebirds were all over each over at a showbiz function last week,’ a source claimed. 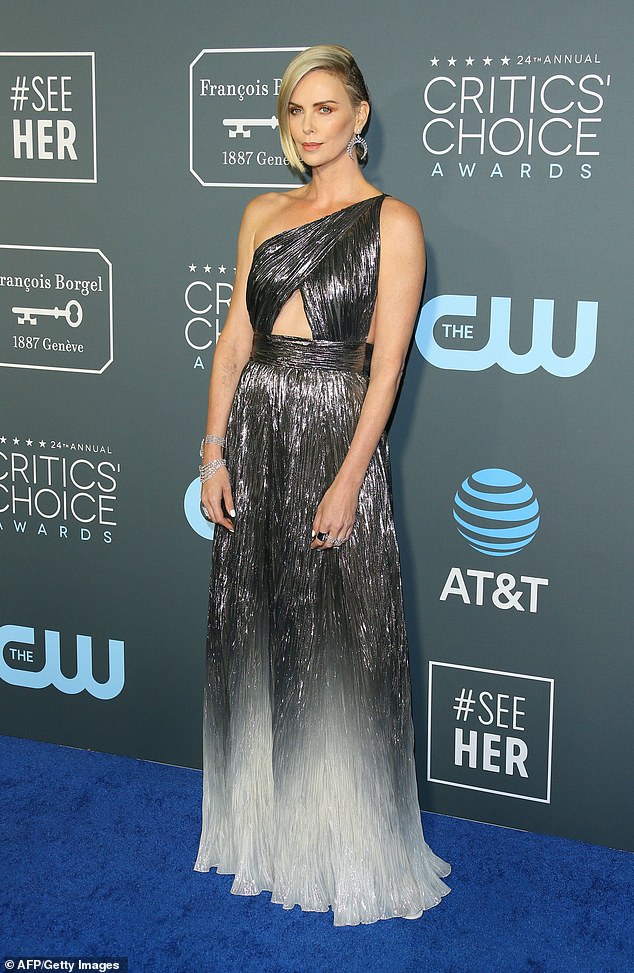 That function was a showing of the movie Roma at the Chateau Marmont in West Hollywood on January 12.

Theron was at the party and Pitt came later after a screening of his movie If Beale Street Could Talk, where he posed with Blanca Blanco.

‘Brad came over to Chateau afterwards, changed his outfit and joined Charlize in a corner of the bar,’ said the insider.