Blac Chyna treats her body like a canvas and has covered it with ornate ink.

The 30-year-old brought DailyMailTV exclusively along with her to get her eleventh massive tattoo, a phoenix on her back.

‘I feel hot,’ the model said to the camera.

Chyna’s tattoos have become a part of her brand and, like her personality, they’re big and bold. 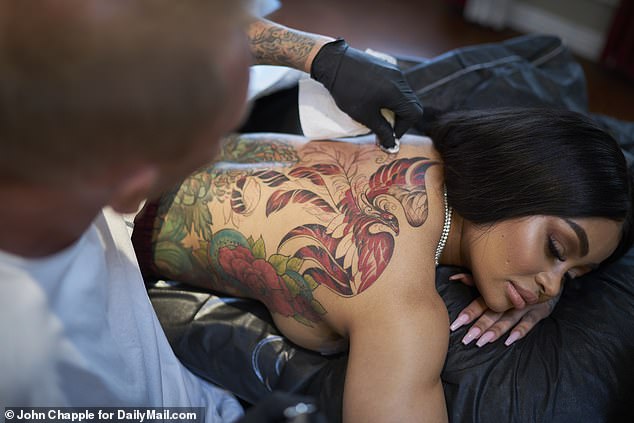 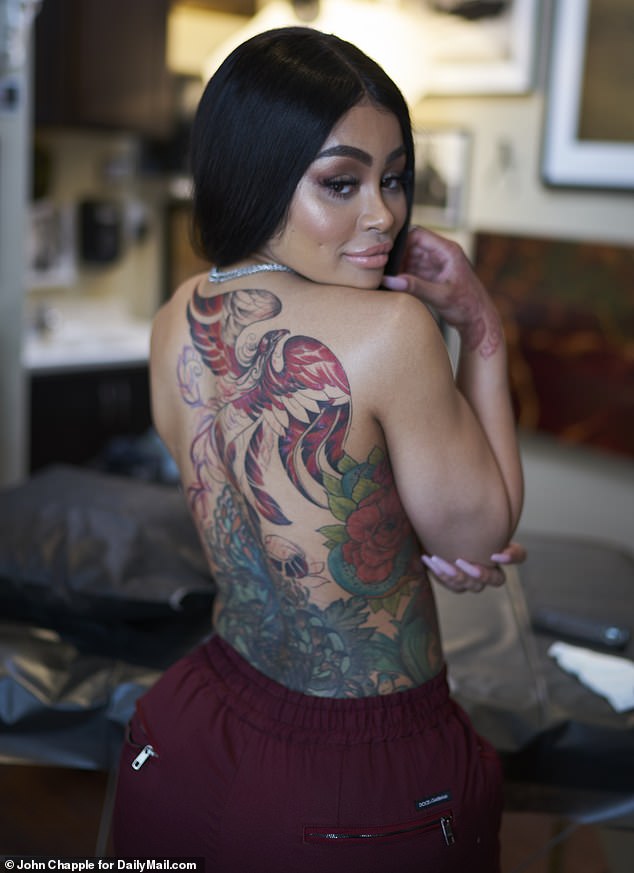 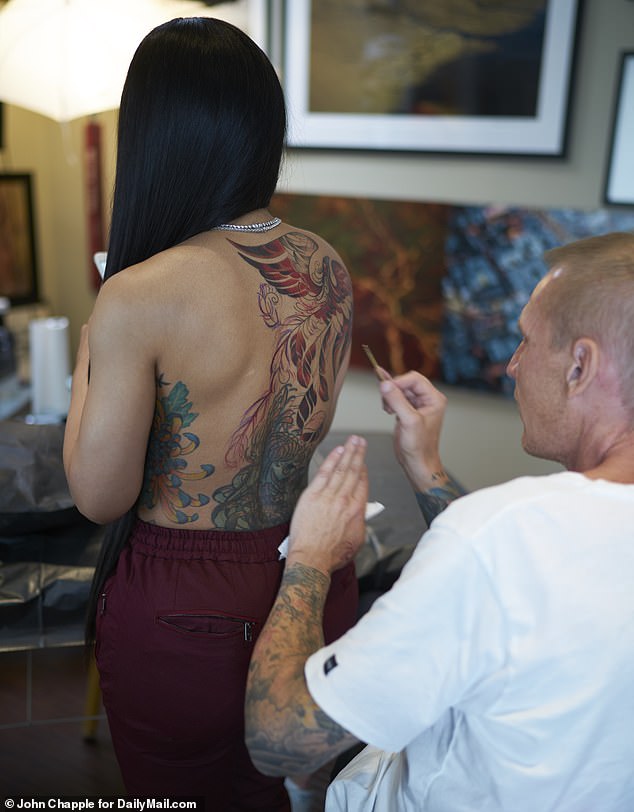 ‘They’re big pieces though so I don’t really call them little tattoos,’ the mother of two quipped. ‘They’re tasteful I believe.’

Chyna has somewhere close to 20 tattoos total but she’s had several smaller ones, like a few names of her ex-boyfriends covered up by larger pieces.

The names of her two children, Dream, with ex Rob Kardashian, and King, with ex Tyga, are inked on her hands.