The feud between traditional film studios and new streaming studios heated up last week as Cannes Film Festival announced movies from streaming services like Netflix and Amazon won’t be allowed to compete anymore. The rule change came alongside separate reports of director Steven Spielberg stating he believes films from streaming studios like Netflix shouldn’t be allowed to compete at the Oscars. Other filmmakers such as Christopher Nolan have voiced similar views. Two years ago, the Academy altered their rules to require longer theatrical release schedules for films seeking Oscar consideration.

Theaters and major studios have been feeling pressure from Netflix, Amazon, and other new studios and streaming services, leading to a lot of debates over same-day home release or brief theatrical runs for otherwise streaming pictures. It’s worth noting that despite the widespread growing competition from online content and home entertainment, theatrical revenue is actually generally increasing worldwide year after year, with only rare occasional dips during particular economic downturns.

Even domestic box office, which most entertainment press constantly pretends is struggling and in danger, is usually increasing year by year — during the past six years, domestic box office revenue increased four out of those six years, with last year’s decline being a relatively small 2.7% and still becoming the third-biggest domestic box office of all time with $11.07 billion in receipts (the two biggest years were 2016’s $11.37 billion, followed by 2015’s $11.12 billion). And this year’s huge slate of blockbusters looks likely to top last year. 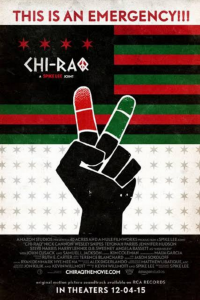 Resistance to change perpetually hurts Hollywood, in pretty much every context where change is significant and inevitable. And that’s really at the heart of the entire movement to marginalize and exclude Netflix and Amazon from festivals and awards. The opposition to them is shortsighted and unfair, as an analysis of the facts makes clear.

Many small indie films get a brief, limited release in a handful of theaters in New York and LA to qualify for Oscar consideration. They wind up created primarily as award-season creations not really intended to even earn much box office or viewership, instead justifying their existence as art for its own sake. This isn’t even a controversial statement, plenty of studios and filmmakers readily admit to these truths.