Ariana Grande was spotted out in New York City on Tuesday.

The pop star was seen for the first time since she rushed to her ex Pete Davidson’s side after he posted a ‘suicidal’ note on Saturday.

Wearing her signature high ponytail and dark fur coat, the 25-year-old Thank You, Next singer looked a bit forlorn making her way out of the NBC studios. 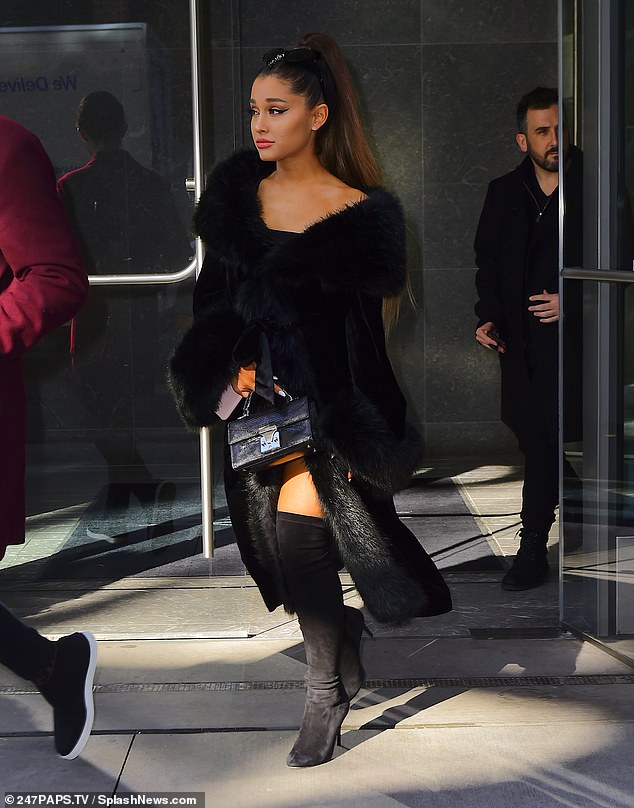 The recent dismissal by the SNL funnyman couldn’t keep Ariana from looking her absolute best as her style was on point. 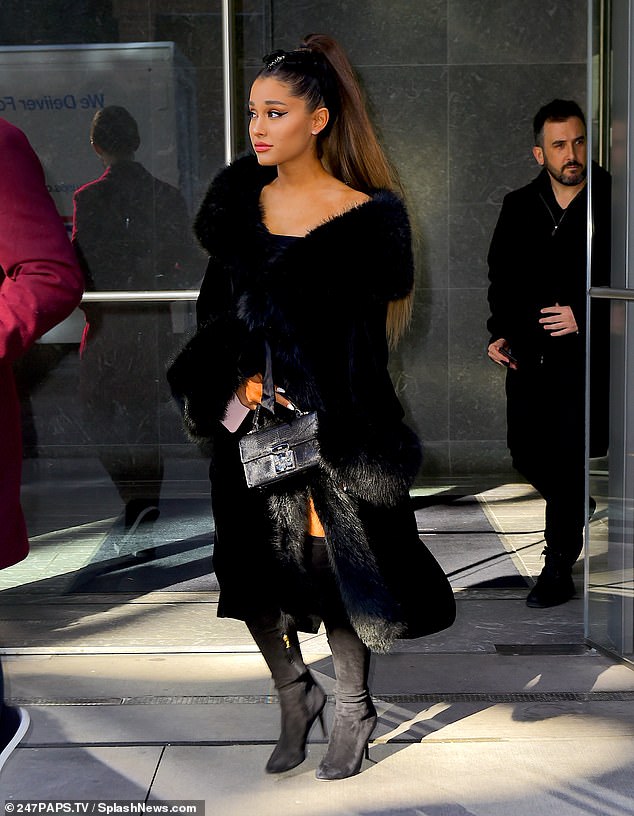 She stomped the Big Apple streets in a set of thigh high black boots allowing a peek at her gorgeous gams.

Daring to impress, the darling diva carried a chic black leather handbag as she let her natural good looks shine with minimal makeup.

Davidson refused to see Ariana Grande when she arrived to the Saturday Night Live studio after he posted he did not to be ‘on this earth anymore’.