Angelina Jolie doesn’t seem to be sweating her looming custody trial with Brad Pitt, at least not when she’s with her kids … or some of them, anyway.

Angie was hanging out with three of her children Sunday in Los Feliz — where she, Shiloh, Vivienne and Knox took their pup for a stroll around the block … with Shiloh leading the way.

No sign of Maddox, Zahara or Pax here — the older 3 of the bunch — but there were certainly no faces of distress on display within the dog-walking group … in fact, it was nothing but smiles as far as we can see. Even the pooch seemed to be in good spirits. 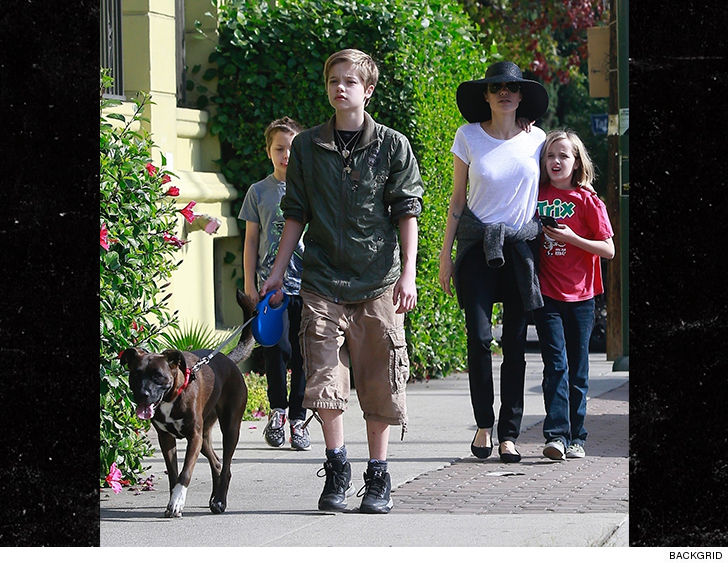 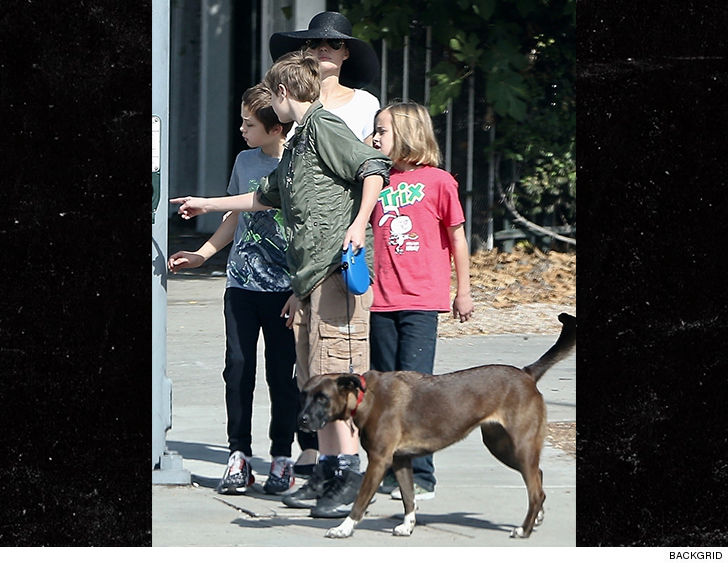 The happy family outing comes amid a much darker backdrop — Angelina and Brad are heading to court to decide whether Angie gets sole physical custody of the 6 kids, or if it’ll be a 50/50 split … like Brad wants. Their custody trial is set to begin on Dec. 4, which we’re told could take anywhere from 2 to 3 weeks. The judge will sort it all out after that.

There’s more to be decided in their bitter divorce — like property settlement — which could get ugly considering Brangelina didn’t have a prenup when they got hitched.